Jo Thornton from York was in the garden when Christian video-called her to reveal that, as Lifestyle winner number 175, she'd scooped a stylish Tag Heuer timepiece worth £5,000!

Thrilled by the news, Jo explained that the classy chronograph was intended for her husband Steve, who couldn't believe his eyes.

It would have been Steve's late father's 90th birthday today, so we're sure this will be a lovely feature for Jo and Steve to remember him by. Huge congrats both!

Which of these is not a US State?

Ontario is a province in east-central Canada.
CLOSE X 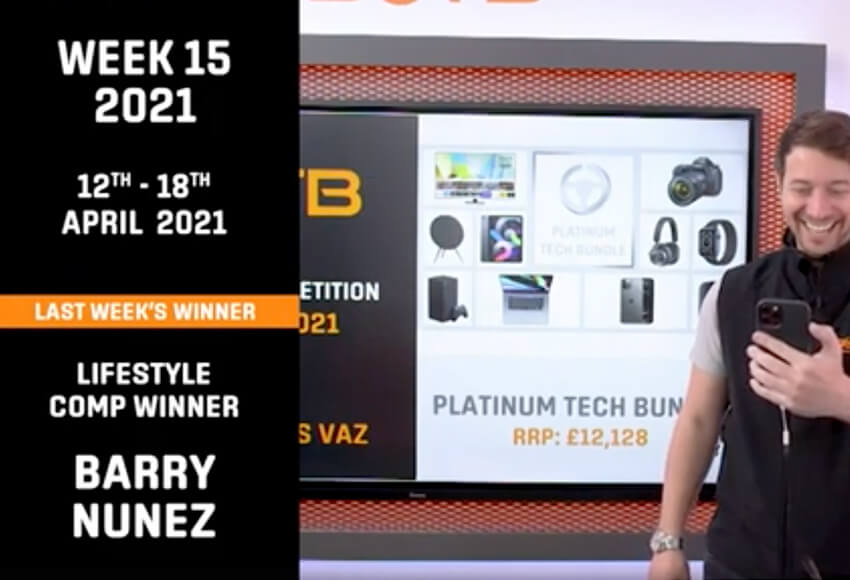 A WAREHOUSE worker from York has scooped a £5,000 watch in an online competition - after paying just 25p for her ticket.

Jo Thornton, 55, was enjoying the sunshine in the garden when BOTB competition announcer Christian Williams video-called to let her know she’d won the four-figure Tag Heuer timepiece in the firm’s weekly lifestyle competition.

A surprised Jo said: “I’ve never won anything before in my life.
"It’s typical as well that it’s not even for me, it’s for my husband!”

Jo said she’d played the competition to try and win something for her partner Steve, 65, who recently lost his father, Derek.

She said: “Today would have been Derek’s 90th birthday so he must be looking down on us.

"It’s been a tough few months and I wanted to do something to put a smile on Steve’s face.

“But I wasn’t really expecting to win - I can’t believe it!”

The Tag Heuer Carrera Calibre Heuer 02 that Jo has won for Steve is top-of-the-range and worn by the likes of Will Smith, Matt Damon and Leanardo DiCaprio as Tag Heuer owners.

Jo, who used to play football for York City Ladies, has been off work since November due to arthritis.

“It’s been a tough year all round to be honest so this has really cheered us up,” she said.

“Thank you so much BOTB.”

BOTB’s Christian, who surprises winners every week, was thrilled to give Jo the good news.

He said: “Jo and Steve seem like a lovely couple and I’m so glad I was able to give them this good news after a tough few months for them. Massive congratulations again to them both.”