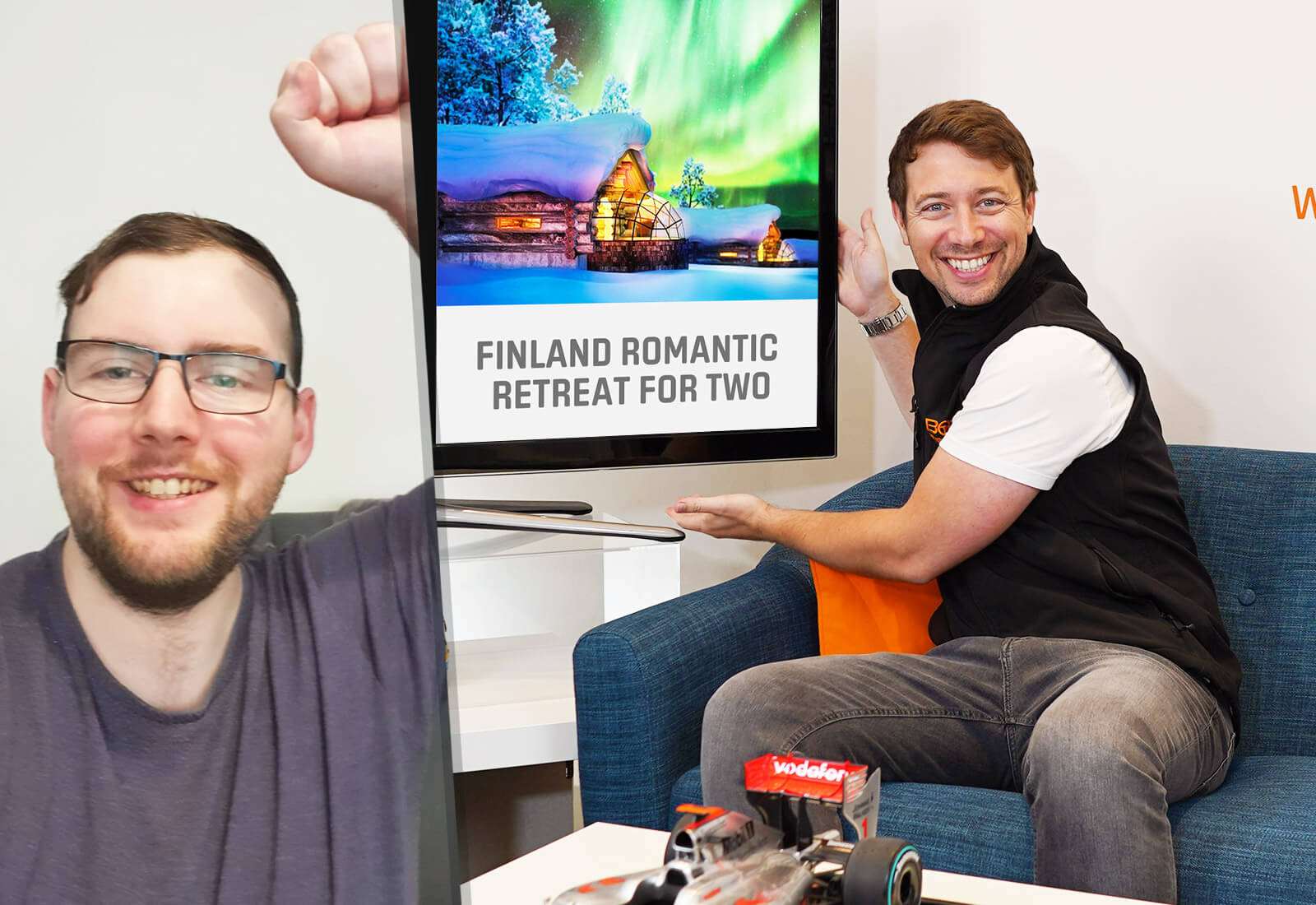 Shaun Robertson was working from home when Christian called to reveal that, as this week's lucky Lifestyle winner, he'd scooped a romantic retreat for two to Finland, worth £7,000! Filled with northern lights, husky adventures, glass igloos and £1,000 spending money, it's sure to be a holiday to remember – so it's no surprise that Shaun and his partner are already excited. A huge congrats to you both! 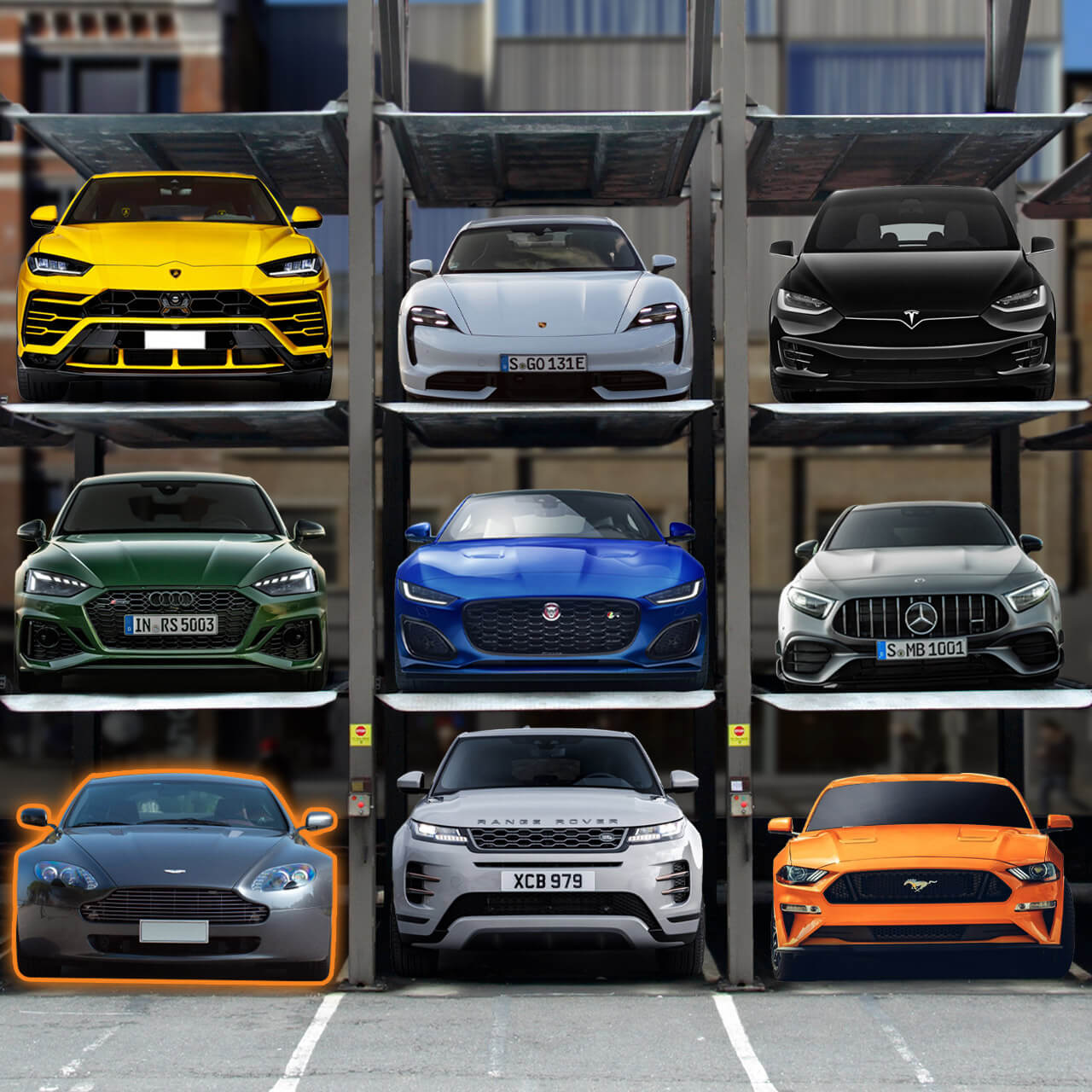 Which of these cars is not the currently manufactured model?

The Aston Martin in the bottom left corner.

This model of the Aston Martin Vantage is no longer being manufactured.
CLOSE X 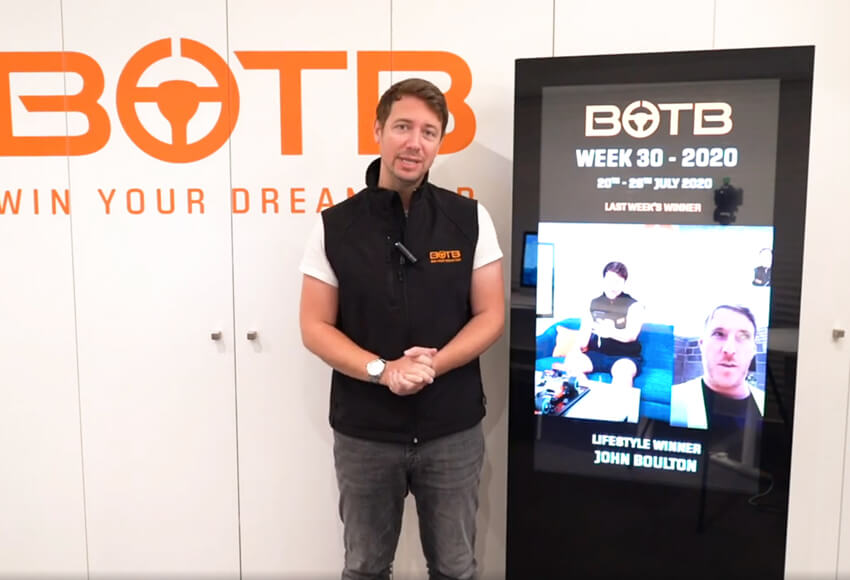 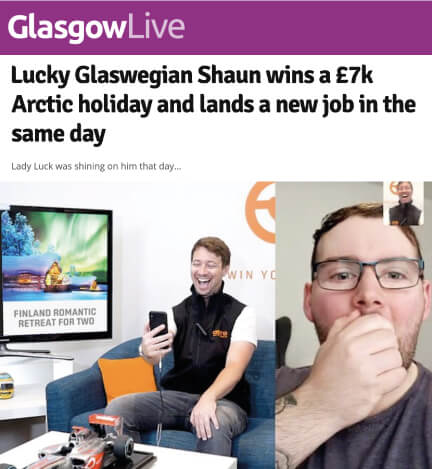 A lucky Glaswegian is celebrating after spending pennies on a ticket to win a dream holiday to Finland.

Shaun Robertson, 25, had an amazing start to the week when Christian Williams from luxury lifestyle competition BOTB called him via FaceTime to tell him he’d won a £7,000 seven-night holiday to a luxury Arctic resort in Finland... after spending 35p on a ticket to enter the competition.

Shaun, who was soaked through to the skin after just returning home from walking his dog, was left speechless as Christian broke the good news.

And his day just kept getting better when he had another phone call just hours later telling him he’d landed a new job as a refrigeration engineer resource planner.

Shaun said: “My partner and I were supposed to be going on holiday to Spain but it got cancelled due to the pandemic, so this has really lifted our spirits.

“I’ve played BOTB on and off for about a year now. I had stopped for a little while but one of my work colleagues won a Rolex watch a few months ago, so I thought I’d give it another go. I’m so glad I did, I can’t believe we’ve got such a fantastic prize for a 35p ticket.

“I honestly couldn’t believe it when I got a call a few hours after to tell me I’d got a new job too - it’s been an unbelievable week.”

Shaun had to answer a multiple-choice question to be entered into the competition - and he admitted that his answer had been a complete lucky guess.

“I played on my phone and so I couldn’t really see the options properly. I just went for a potluck guess and it really paid off! We’ve always fancied going to Finland as we’re both really interested in Norse mythology, so this will really be a dream trip for us.”

Christian, who surprises winners all over the country every week, said: “What a day for Shaun - a new job and a dream holiday within hours of each other. It was great to see the shock on his face when he realised he’d won.

“I hope he has an amazing time when he’s able to take the trip.”