Mike Wareham from Aberdeen was supposed to be away on holiday this week to celebrate his birthday but instead had to stay home due to lockdown restrictions. But all disappointment was quickly forgotten when Christian video-called him earlier today to reveal that, as Midweek winner number 35, Mike had scooped the awesome Mercedes CLA45S AMG Shooting Brake worth over £54,000, plus £10,000 cash.

A huge fan of the Shooting Brake, Mike has already specced the CLA45S "more than once" before on the Mercedes website and now can't wait to actually place the order. Huge congrats Mike! 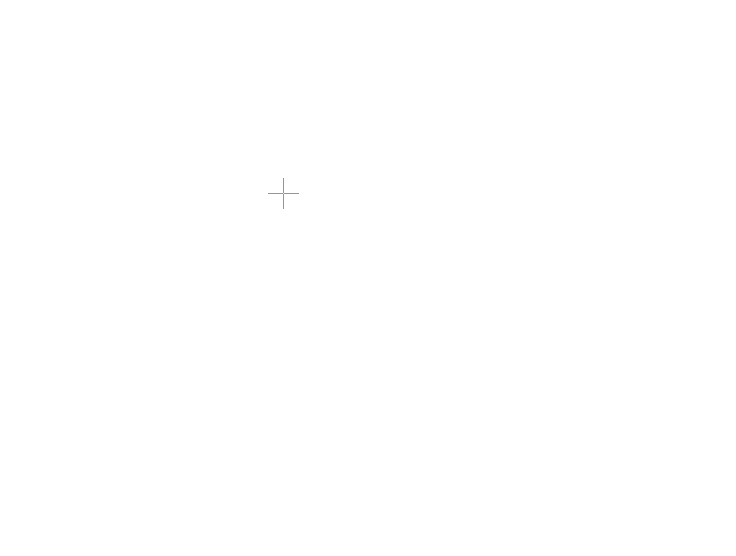 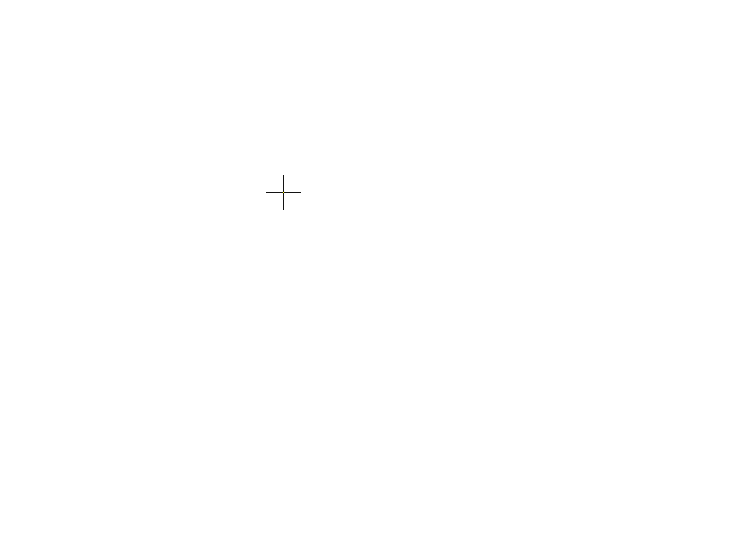 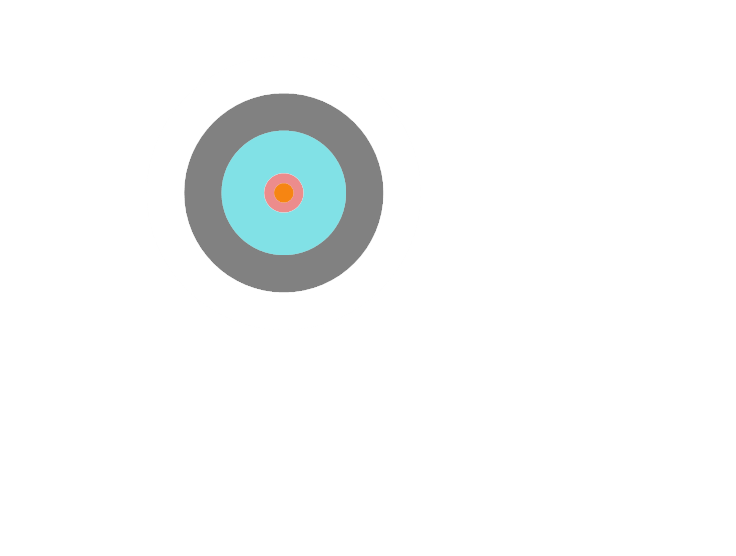 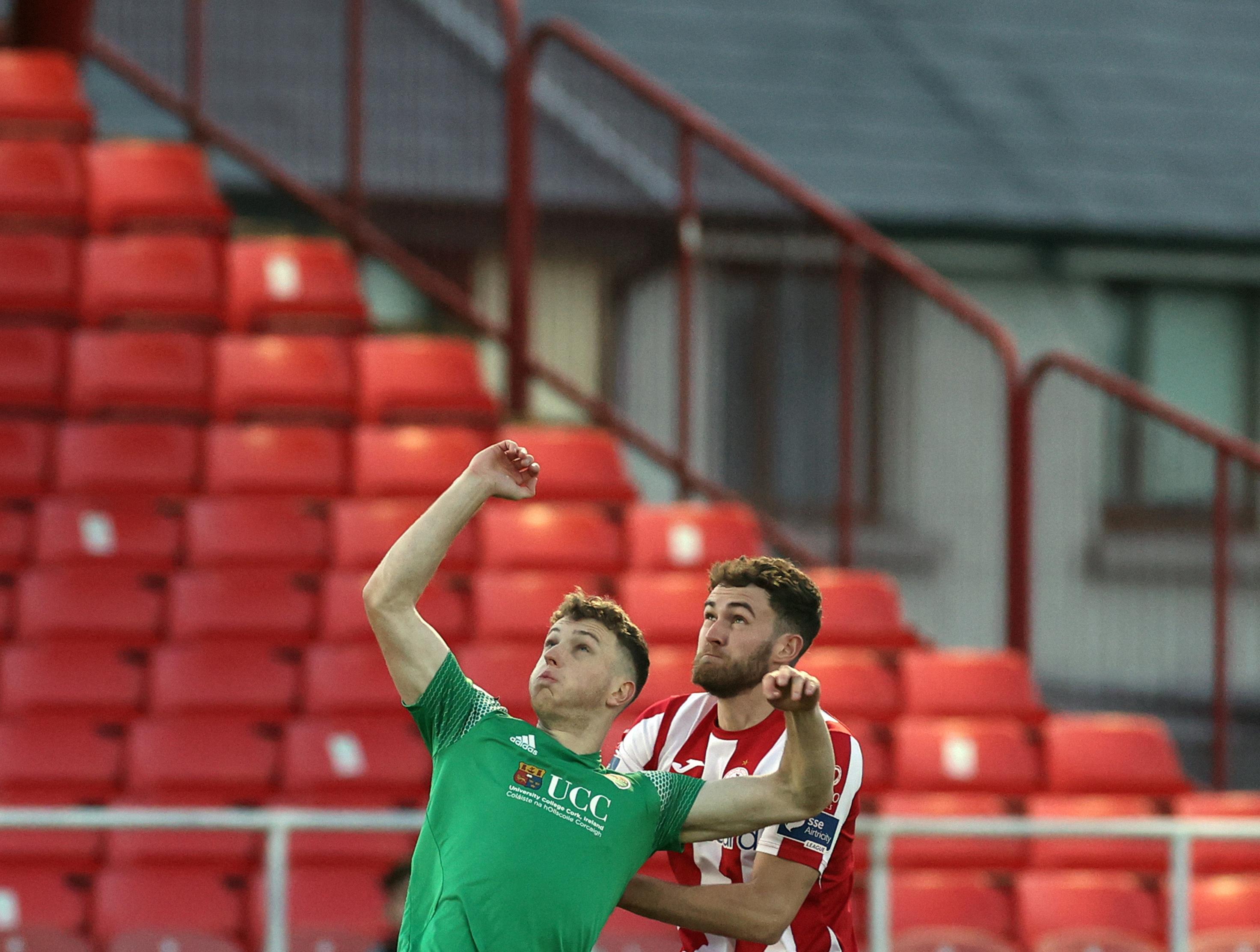 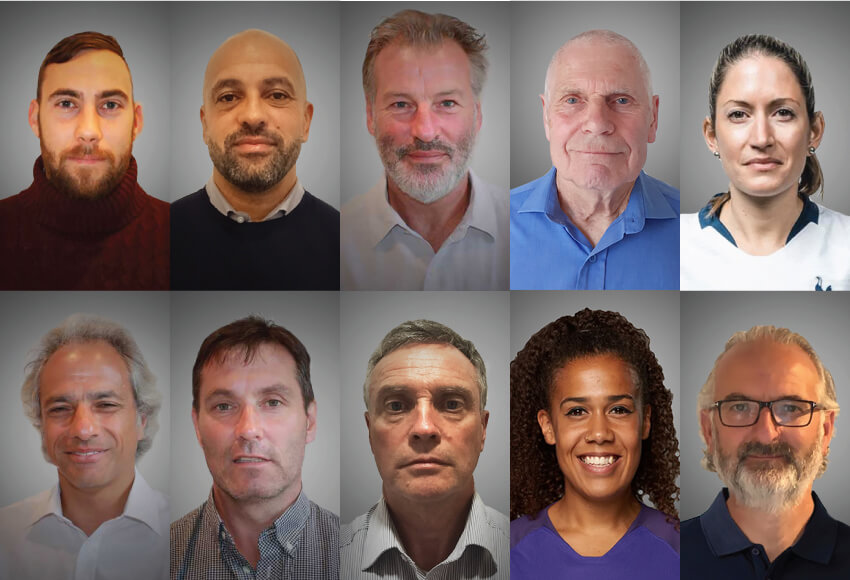 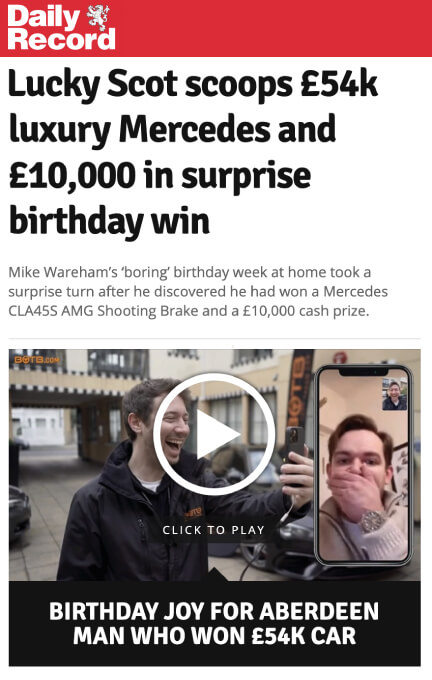 An Aberdeen man told how his "boring" birthday week turned into one to remember after winning a £54k luxury motor.

Mike Wareham was meant to be enjoying a relaxing break with girlfriend Michelle but the trip to Dundee was cancelled due to lockdown.

The 29-year-old had resigned himself to a week in the house instead but a surprise phone call from online competitions company BOTB left him “speechless”.

The testing supervisor was over the moon to discover he had won his dream car - a Mercedes CLA45S AMG Shooting Brake plus a £10,000 cash prize.

The call came just 24 hours after Mike’s birthday - making it one to remember as he now plans a holiday to Florida with his winnings.

He said: “We were supposed to be in Piperdam Dundee right now celebrating my birthday but obviously couldn’t go because of lockdown.

“It’s been a really boring week if I’m honest just stuck at home with not much to do. This has definitely made up for it - I just can’t believe it.

Mike, who lives with his girlfriend, Michelle, said he played for the car because it has the ‘whole package’.

He added: “I’ve played for this car a few times. It’s got everything - the performance, the looks, the spec. It’s a real beauty.”

The birthday boy, who paid just £1.50 for his ticket to enter the competition, also scooped £10,000 as part of the prize.

“That will definitely go towards a rescheduled holiday when we’re allowed.

“Michelle and I are big fans of Florida and we try to go every couple of years, I think with this cash we’ll go all out on our next trip - first class travel and everything”, he said.

“I’m sure it was pretty rubbish for Mike and Michelle to hear they couldn’t go on holiday because of the lockdown restrictions but I’m glad we were able to turn their otherwise pretty boring week into an unforgettable one.”