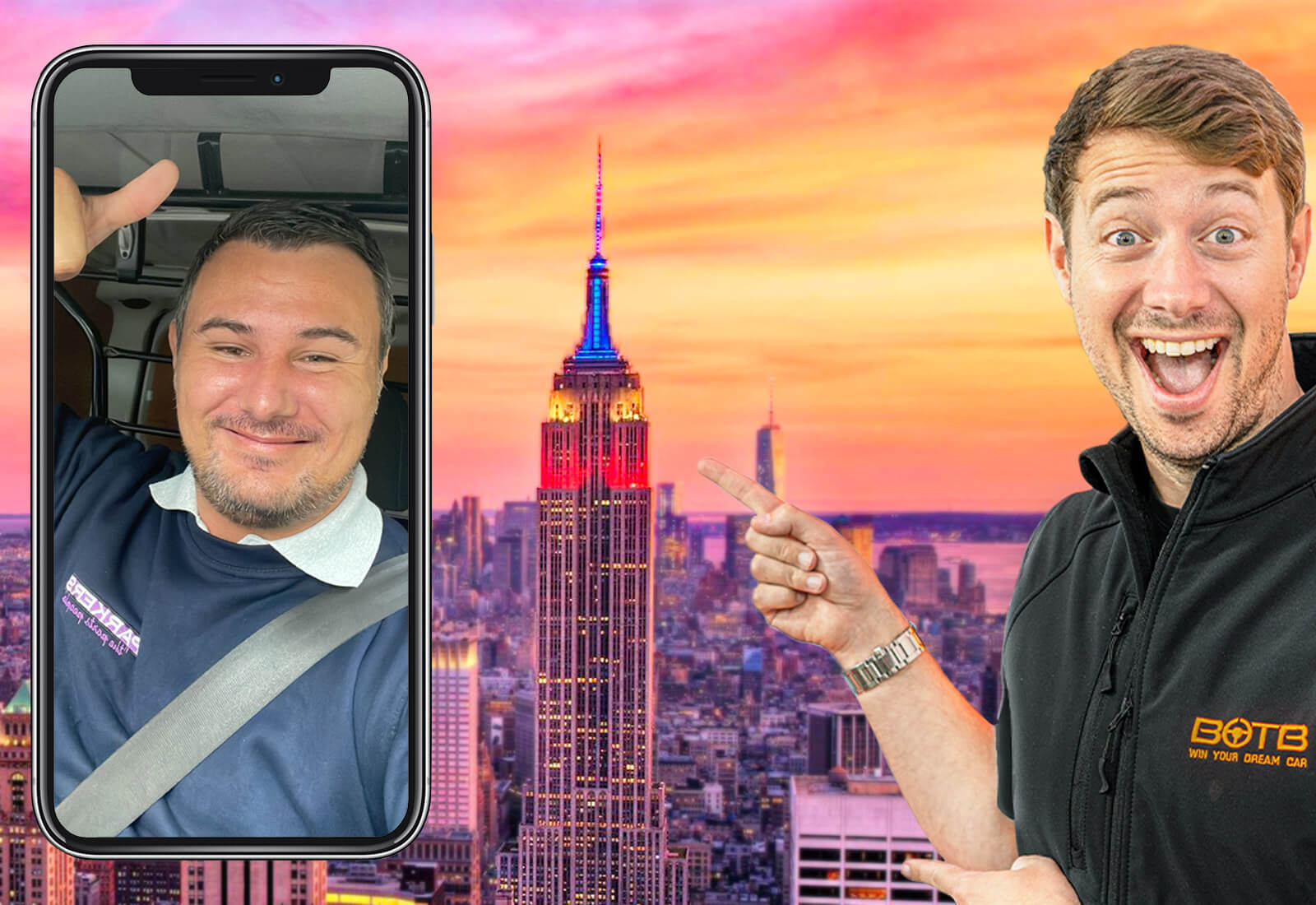 Darren Godson is a lucky man indeed – just two years ago, he scooped a brilliant Bentley Continental in the Dream Car Competition, and now, as this week's Lifestyle winner, he's bagged himself a luxury trip to New York!

Darren is now looking forward to seven nights in the Big Apple, including flights, spending money, and plenty of activities to make for an unforgettable week – huge congrats! 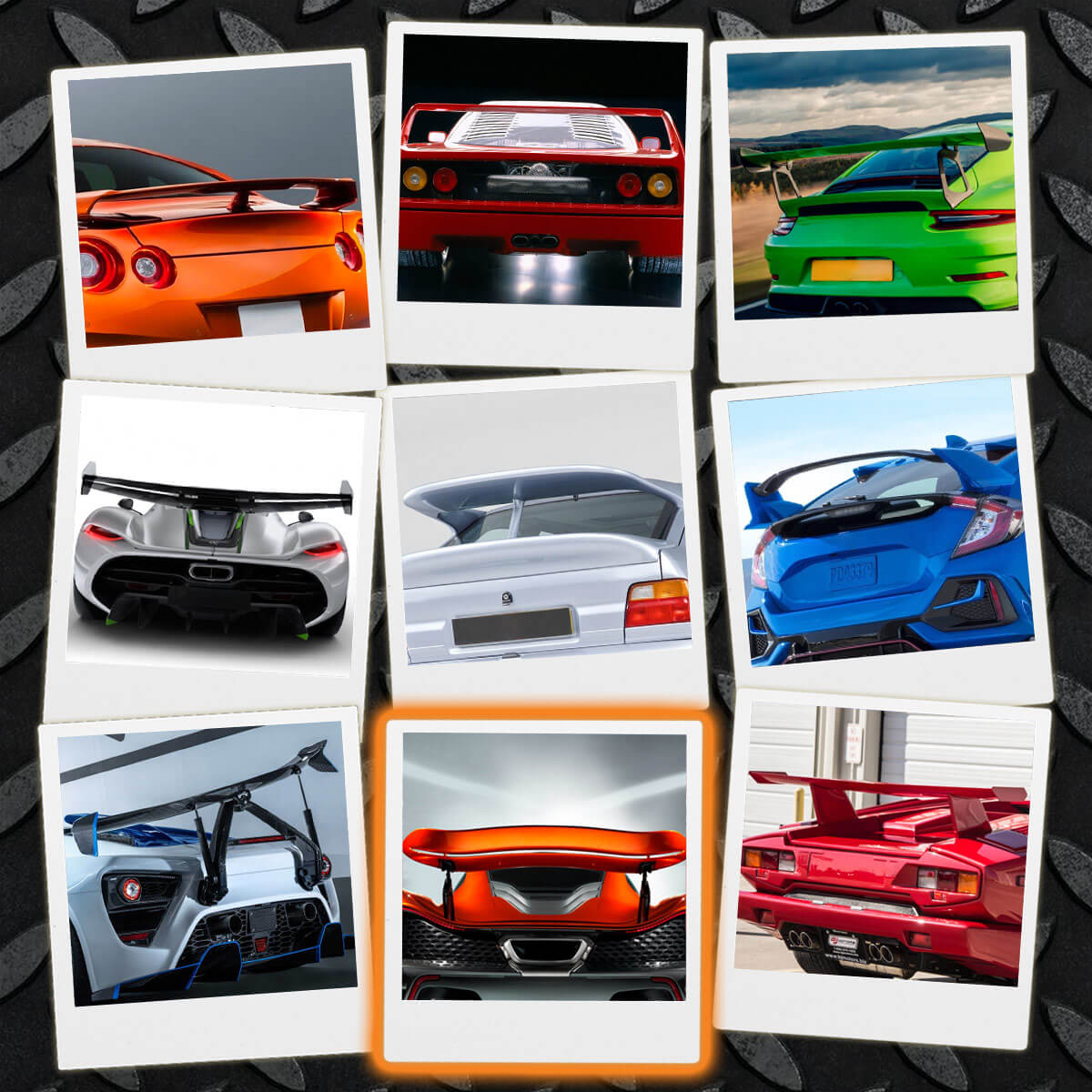 Which of these wings/spoilers belongs to a McLaren P1?

The bottom middle one.

This distinctively-shaped spoiler belongs to the McLaren P1.
CLOSE X 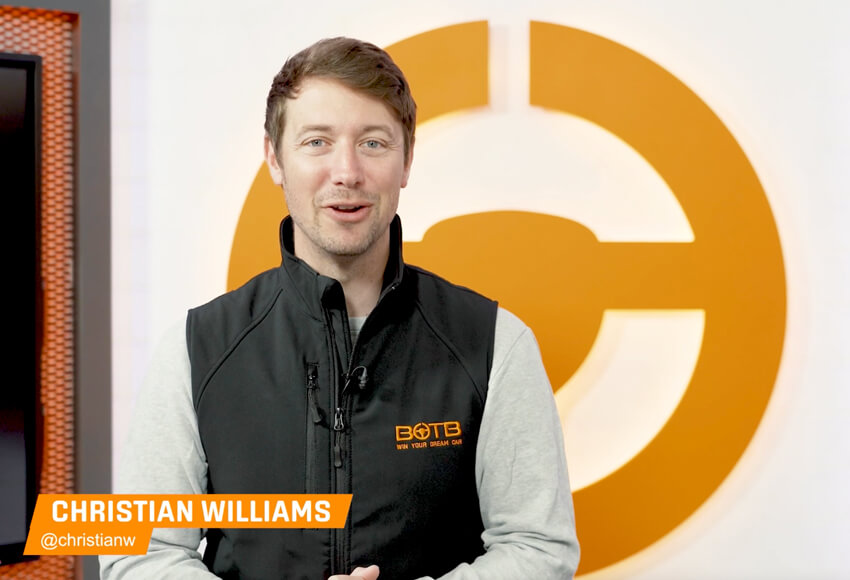 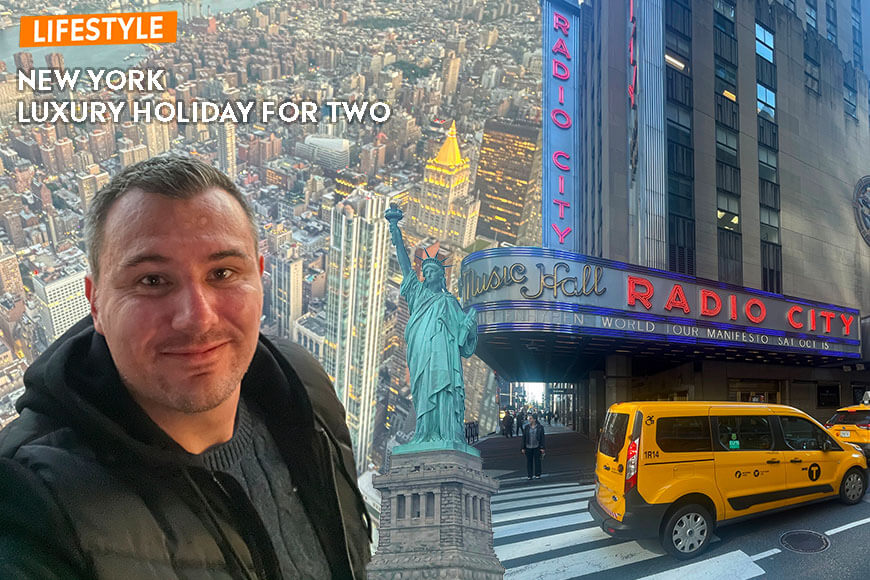 Darren Godson, 34, scooped a Bentley Continental with leading competitions company BOTB two years ago but his luck didn’t end there as he’s now off to New York after coming up trumps once again in the firm’s weekly Luxury Lifestyle Competition.

After hearing the news, Darren said: “I can’t believe it. I’ve always wanted to go to New York.”

The father-of-one was at work when BOTB presenter Christian Williams video called to tell him he’d won the week-long trip to New York after paying just 60p for his ticket.

Darren, who is dad to four-year-old Flynn, said he’d take his partner, Nicola, 21, as soon as they’re allowed to fly there.

He said: “When I told Nicola she didn’t believe me at first because I’m a bit of a prankster.

“But now she knows it’s real, we're busy planning all the things we want to do when we’re there.”

The luxury prize includes seven nights in the Big Apple, including flights, spending money and plenty of fun activities.

BOTB hands over the keys to two stunning cars each week as well as a lifestyle prize. Other recent winners have bagged £15,000 in cash, a quad bike and a gaming tech bundle.

The company, listed on the stock market, was founded by William Hindmarch in 1999 and has given away more than £44m-worth of cars so far.

Christian, who surprises winners all over the country every week, said: “It was a pleasure to surprise Darren again, what a lovely guy

"I’m sure he’ll have an amazing time in New York, I’ve never been so I’m quite jealous.”

To see Darren’s reaction alongside a host of other lucky winners, or for more information about how you can enter, head over to www.BOTB.com.

BOTB was started by founder and CEO, William Hindmarch, in 1999 at Heathrow Airport, and now has sites all over the UK, giving people a great chance to win the car of their dreams.