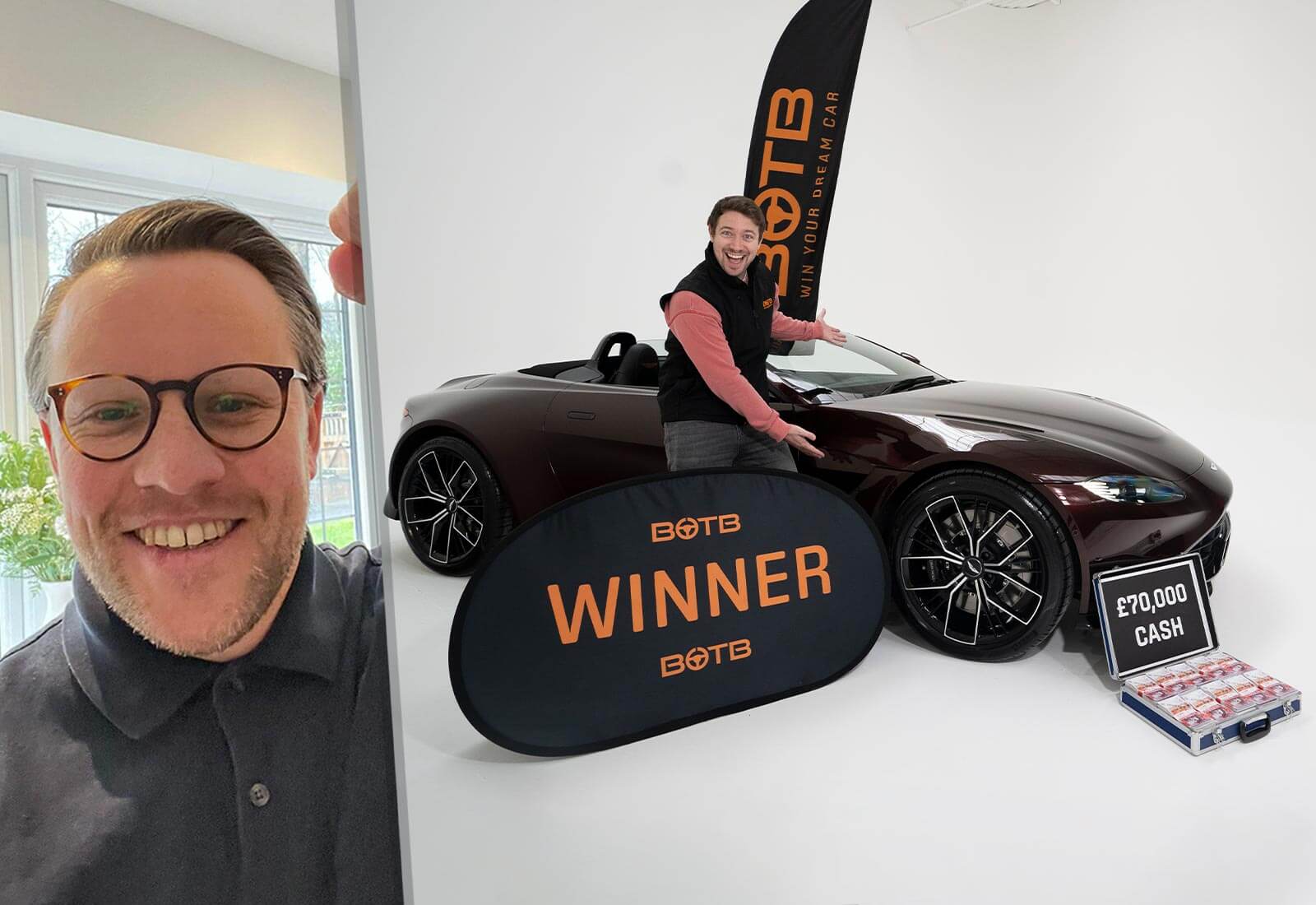 Congratulations to this week’s Dream Car winner, Matthew Chenapa, who has scooped one of the best-looking cars in the world - the glorious 2021 Aston Martin Vantage Roadster.

Christian video-called Matthew from the Tank Factory Studio earlier today to show off this £127,000 beauty to its fullest extent. This handsome convertible has a twin-turbo 4.0-litre V8 engine, producing 503bhp through an eight-speed automatic gearbox. It has the fastest operating roof in the world and a truly stunning interior. Matthew was understandably lost for words exclaiming “you keep playing, but you never think it’s going to happen to you!”

And the surprise didn’t end there, as Christian went on to reveal £70,000 cash in the boot!

Matthew first discovered BOTB at the airport and now has fun playing online, even getting his petrolhead son to help him place his crosses! And when his son saw what he’d won, he started cheering and jumping up and down on his bed!

Matthew has said this win has “made his life” and we couldn’t be happier for him! 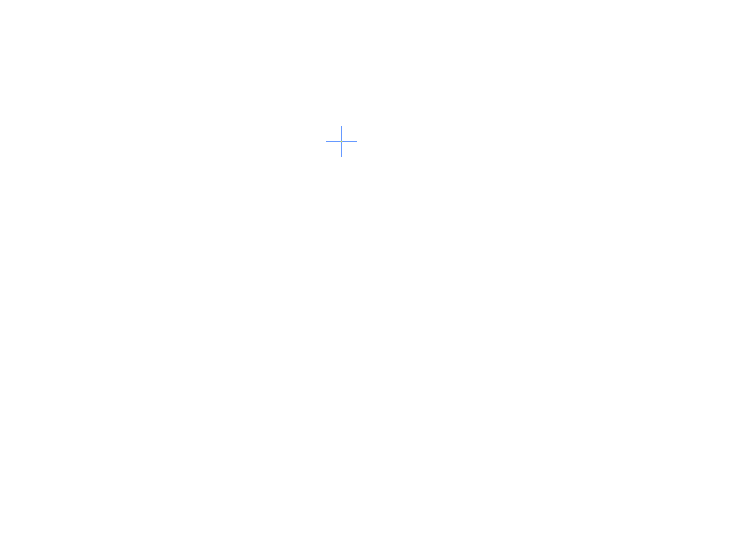 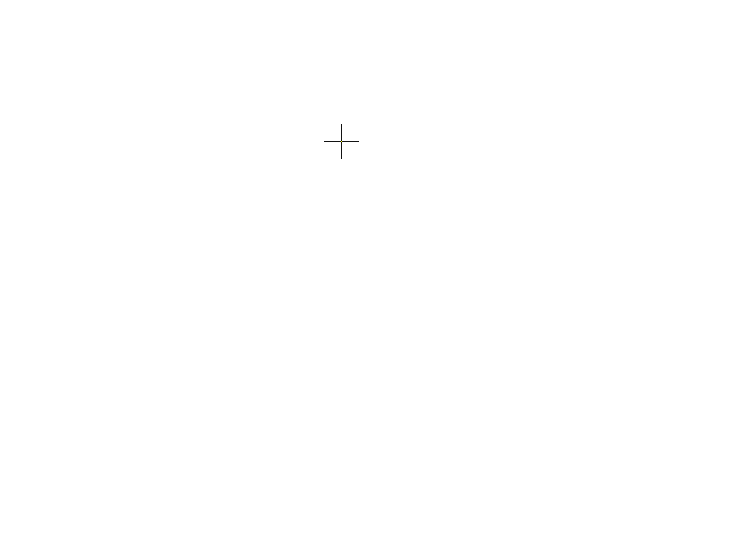 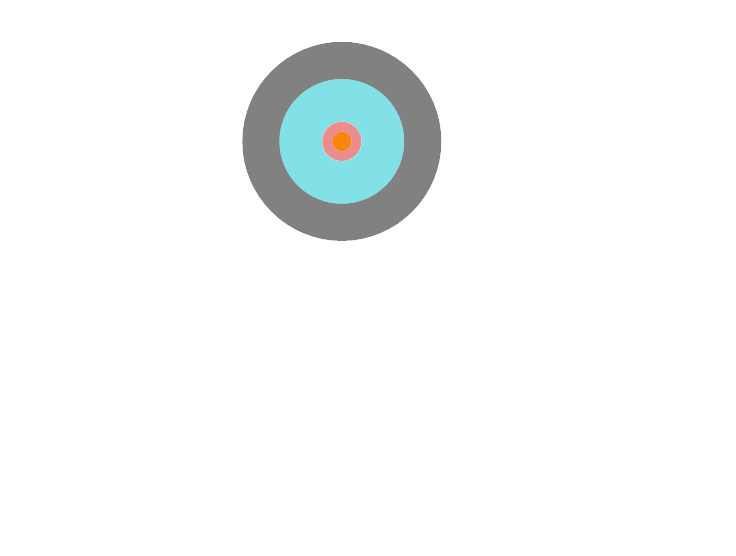 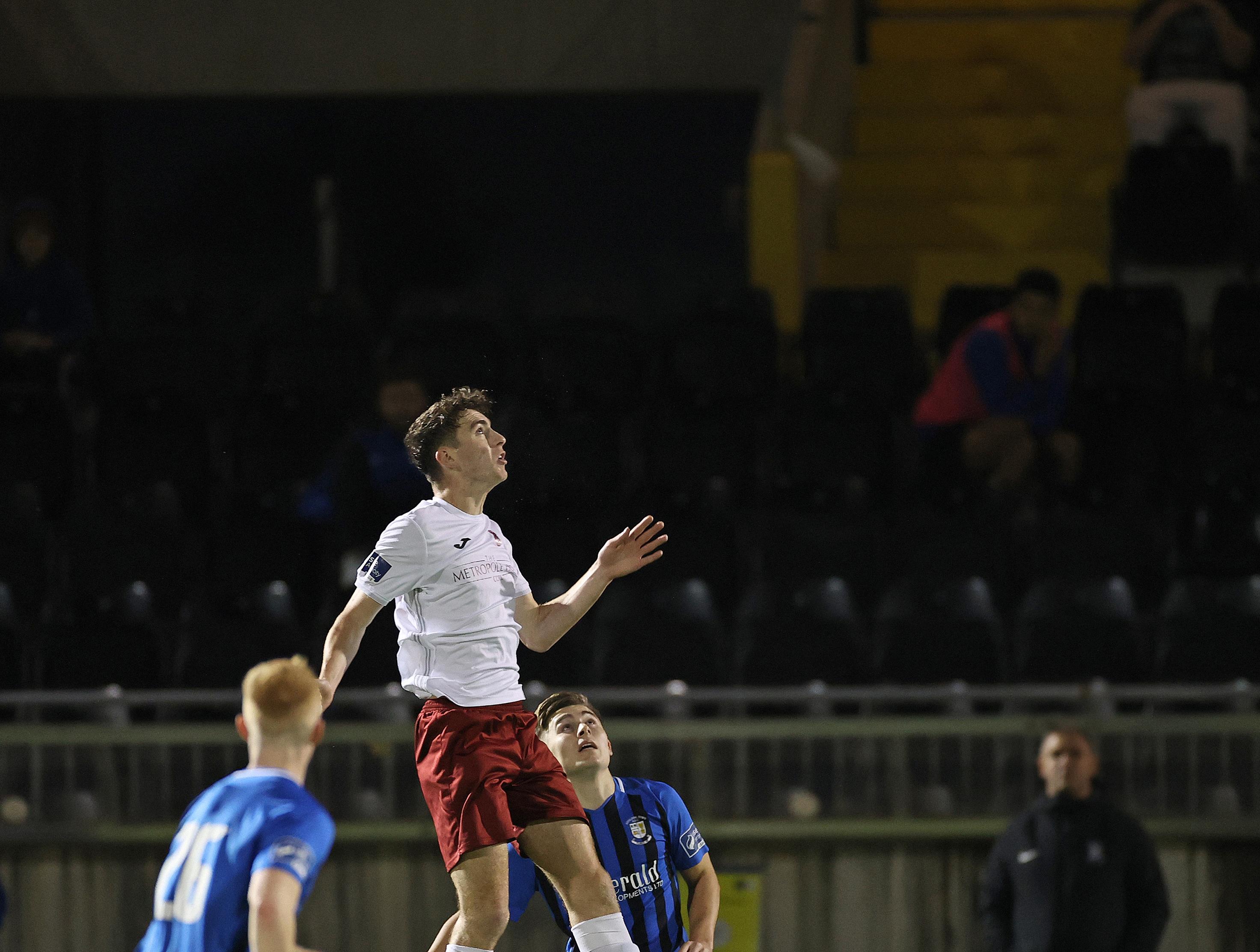 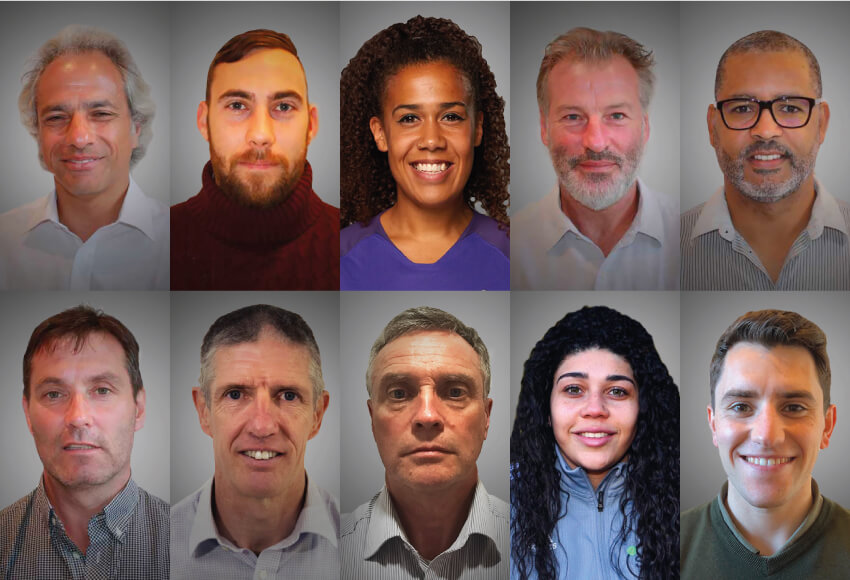 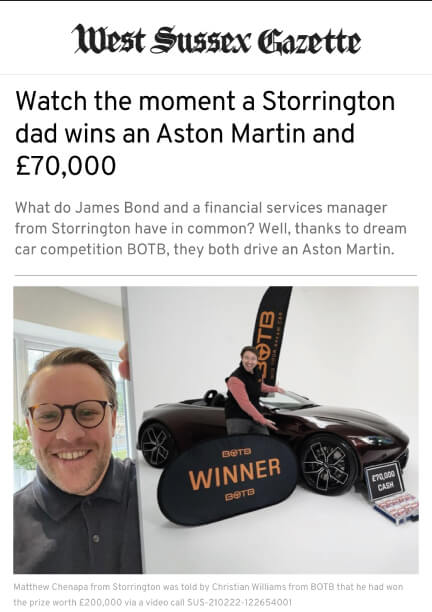 Watch the moment a Storrington dad wins an Aston Martin and £70,000

Matthew Chenapa, 41, was working from home when BOTB’s Christian Williams video-called to tell him he was this week’s winner and the proud new owner of the 2021 Aston Martin Vantage Roadster worth almost £130,000.

“I am speechless,” he said. “I’ve been playing BOTB for years now, but I just never thought it was going to happen to me.”

The convertible prize has a twin-turbo 4.0-litre V8 engine, producing 503bhp through an eight-speed automatic gearbox. It also has the fastest operating roof in the world.

“My son is going to go crazy - he’s always wanted a soft top,” the father-of-one added.

“I play every week and he always helps me pick which car I’m going to play for - he’s also a huge fan of the Aston Martins.”

Matthew, who lives with his wife, Jodie, and eight-year-old son, played for the same car a couple of weeks ago in the Spot The Ball competition but was just a whisker away.

“I’ve been playing for around ten years now so I definitely must have mastered the craft of picking the correct coordinates by now!”

As Christian showed Matthew around his new wheels and the different features, he opened the boot to reveal £70,000 cash was waiting for him, too.

“That kind of money is completely life-changing for us,” he added. “I have no idea what I’m going to do with it. Maybe we’ll make some decisions once this year is out the way and life is back to normal.

“You’ve made my year BOTB, thank you so much!”

Christian, who surprises the BOTB winners each week, said: “What a prize! Matthew seems like a lovely guy and I loved the fact his son also gets involved in BOTB by picking which car to play for. He has won an amazing car and with the cash too, I’m sure he’s absolutely delighted. Congratulations again!"