99 problems but the car ain’t one!

Robert Kwiatkowski was just about to start his work as a lorry driver when Christian video-called him to deliver the incredible news that he’d just become this week’s Dream Car winner scooping the fiercely fantastic Jaguar Lister Stealth worth a massive £110,000!

“I can’t believe it, it’s the first time I’ve won something…my legs are shaking!” exclaimed Robert before going on to explain he’d played for the roaring V8 Supercharged 666bhp beast for its staggering performance and awesome looks.

And the good news didn’t stop there as Christian went on to reveal he’d also won £70,000 cash as part of the amazing prize! “You’ve just got rid of all my problems, and I had a lot of them… you’ve changed my life!” gasped Robert in disbelief.

Robert’s car has just broken down, and it was going to cost a fortune to repair, so now he can scrap it and drive one of the most unique cars on the road! Massive congrats Robert! 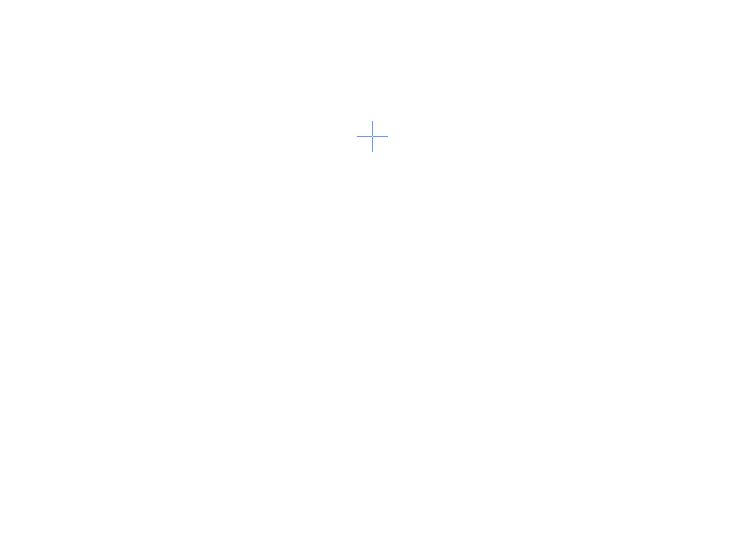 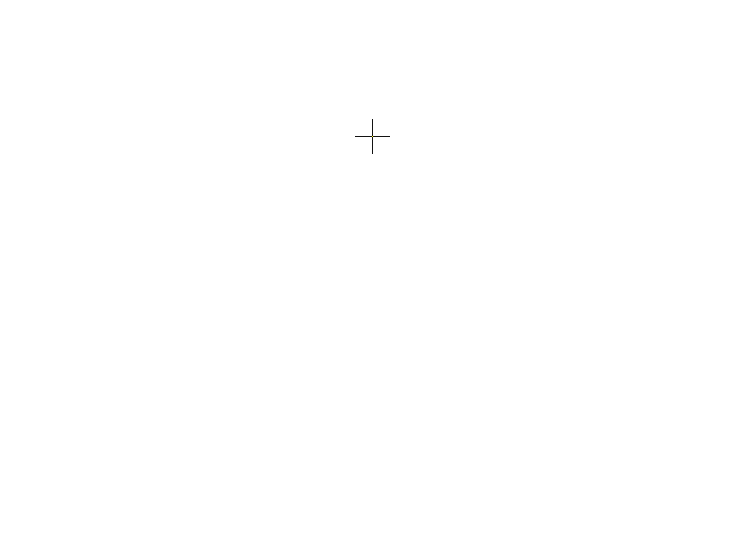 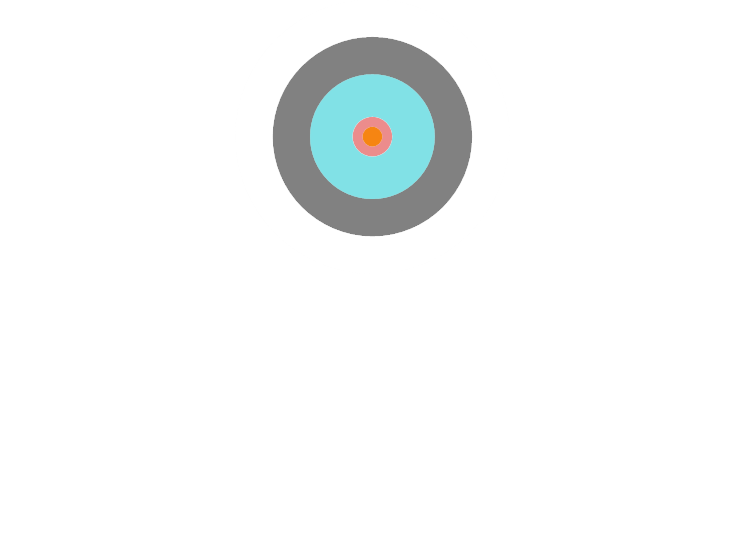 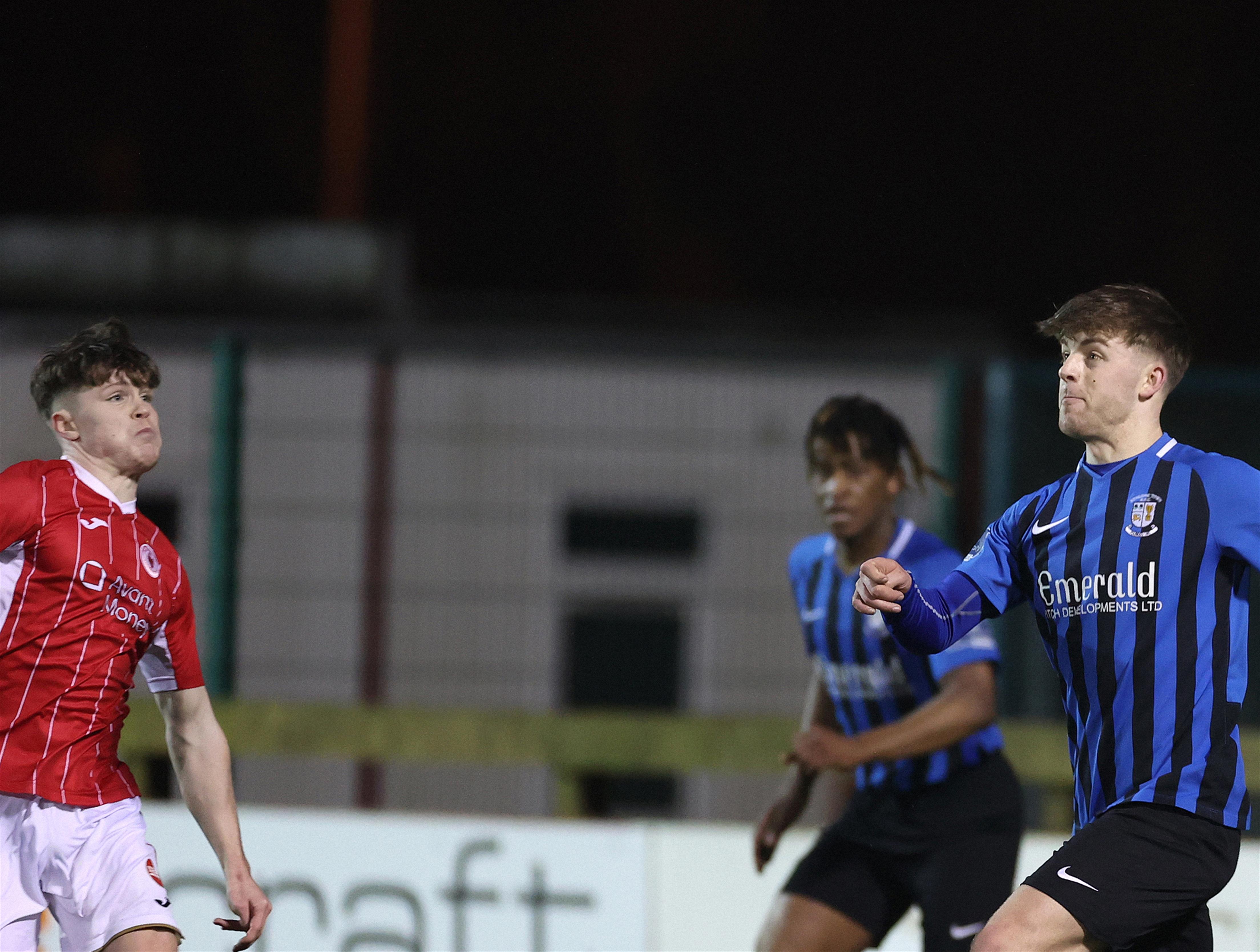 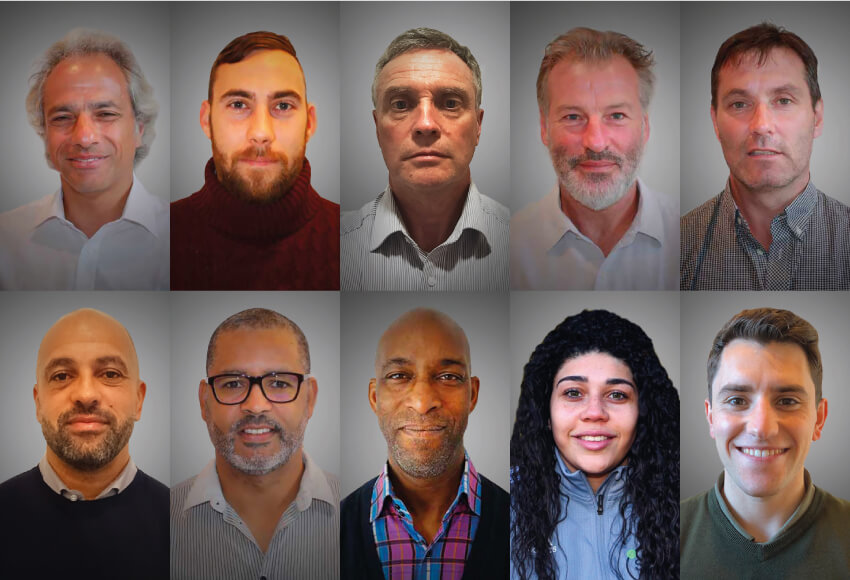 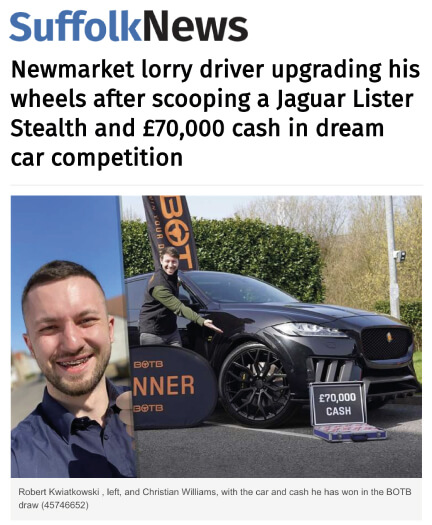 A Newmarket lorry driver will be upgrading his wheels after scooping a six-figure Jaguar plus £70,000 in cash thanks to a dream car competition.

Robert Kwiatkowski, was just about to start his shift behind the wheel when BOTB’s Christian Williams video-called to tell him he was this week’s winner picking up a Jaguar Lister Stealth worth £110,000.

“I didn’t believe it,” he said in shock. “Things like this just don’t happen to people like me.”

And the 28 year old said the win had come just at the right time as his car had just broken down.

“My BMW broke down on me earlier this week and I was trying to get it repaired it was going to cost me a fortune. But I can forget about that now," said Robert.

He paid just £5 for his ticket to enter the competition, and said he played for the Jaguar because he loved everything about it.

“It looks absolutely awesome,” he said. “I’ve wanted an SUV for a while now and a more comfy car and this one is just insane. The look, the power, the speed, I just can’t wait to get in it.”

The Jaguar Lister Stealth, of which only 100 are being made, boasts a huge 666bhp and a 5.0-litre supercharged V8 engine.

But the good news didn't stop there as Christian went on to reveal Robert had also won £70,000 cash as part of the prize.

“I just can’t believe it,” he said, shaking in disbelief. “My legs are shaking, this is the first time I’ve ever won anything. This is life-changing for me, honestly, thank you so much BOTB.”

He said he planned to spend his cash prize sensibly.

“I’m going to be really careful with the money,” he explained. “I won’t be wasting one penny. It will go towards things like savings, investments and travelling.”

BOTB hands over the keys to two luxury cars each week as well as a lifestyle prize. Other recent winners have bagged a quad bike, a holiday to Las Vegas and a Harley Davidson.

Christian, who surprises the BOTB winners each week, said: “What an amazing prize Robert played for I’m super happy and excited for him and can't wait to see his reaction when he picks the car up and gets in it for the first time. The wheels paired with the money makes for a huge prize. Massive congratulations again Rob."