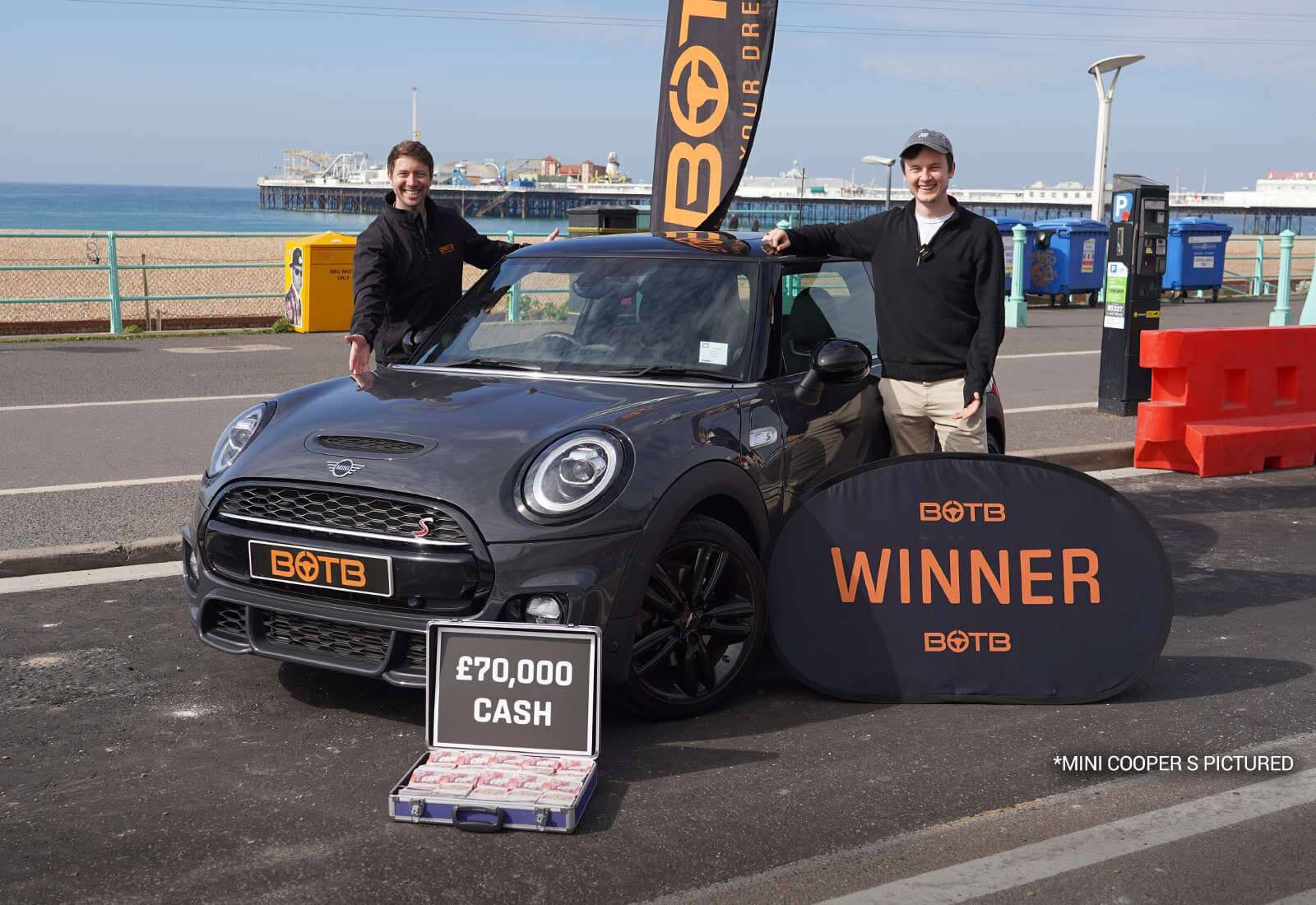 Danny is a Mini lover and currently drives an old Mini Cooper that he’s been wanting to upgrade… so the fun 2021 228bhp hot hatch with its racy exterior is the perfect car for him!

And the surprise didn’t end there as Christian went on to reveal the second part of the prize – a massive £70,000 in cash! Danny has called the prize “life-changing” and will be putting the money towards buying a house with his girlfriend. Massive congrats Danny! 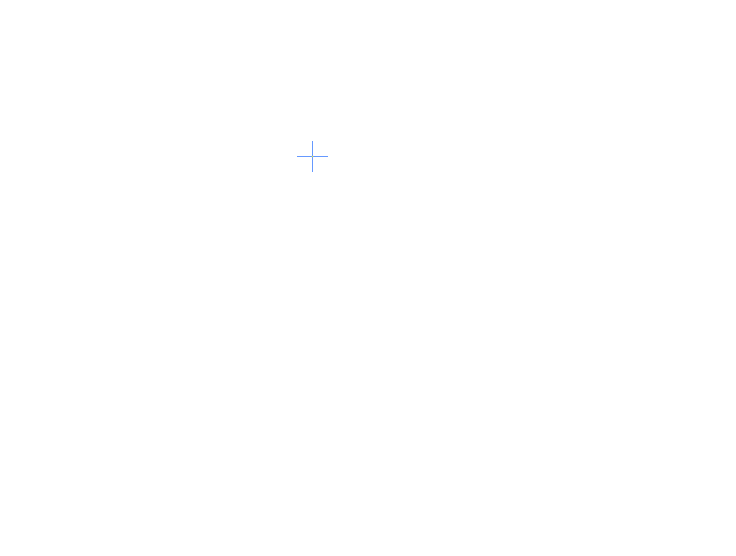 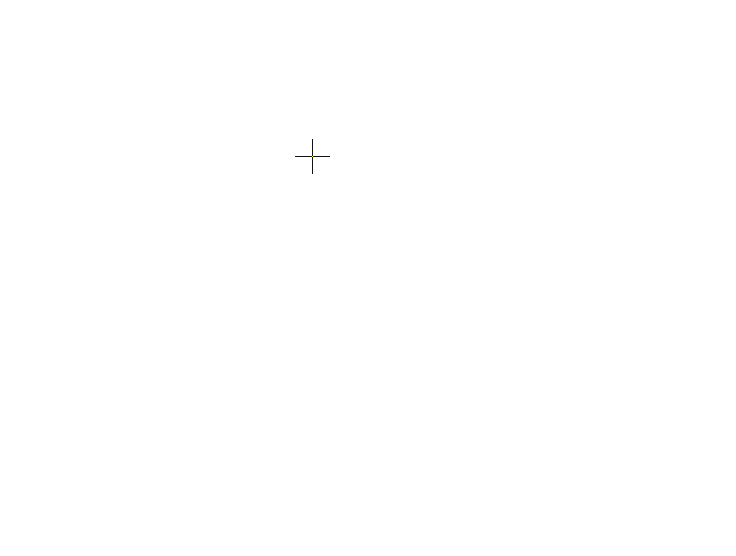 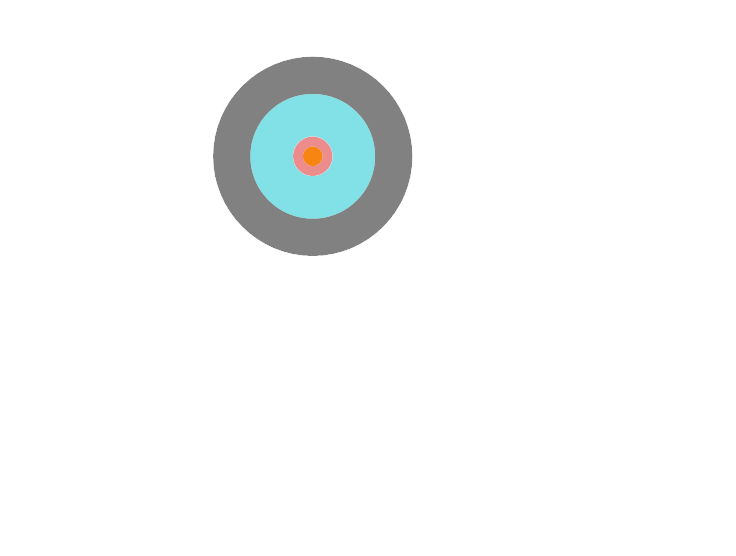 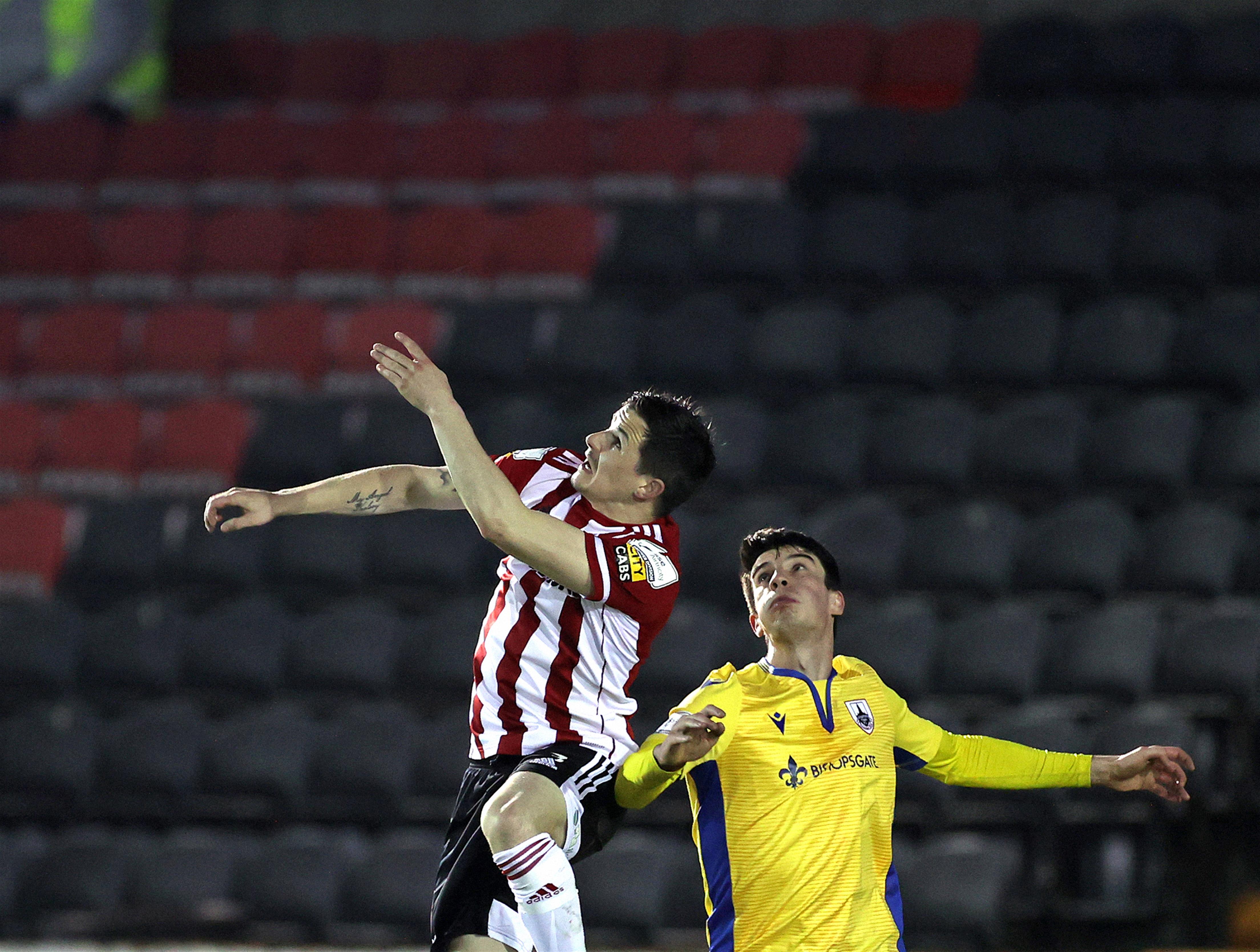 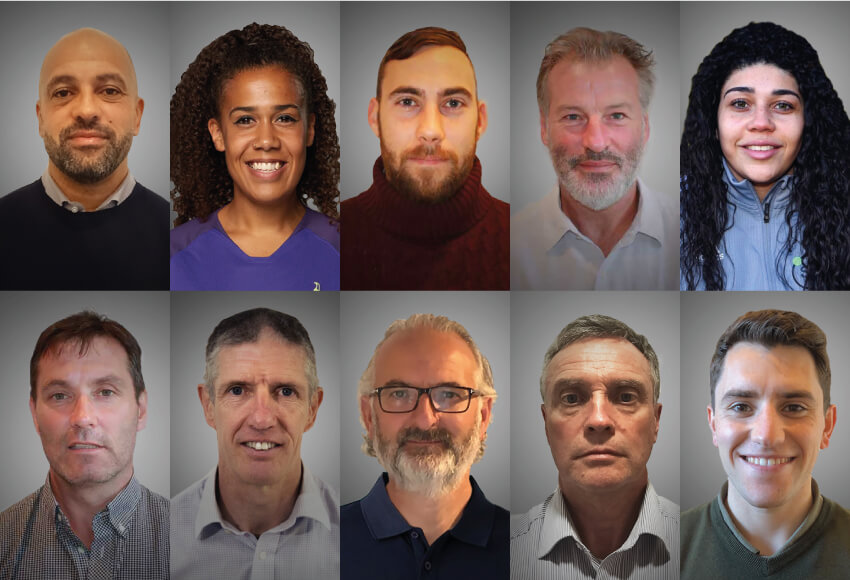 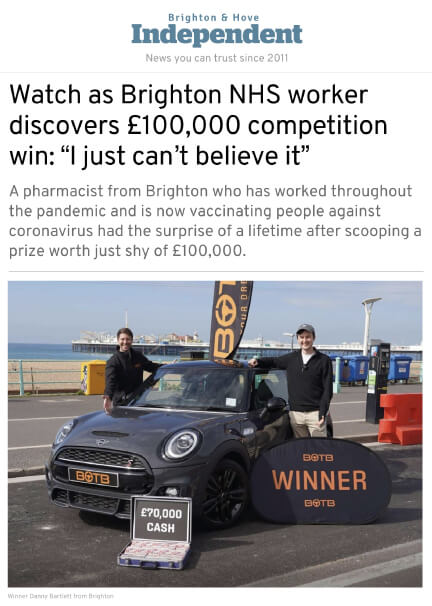 Danny Bartlett, 31, won a top-of-the-range Mini plus £70,000 when he played in the online competitions company BOTB’s weekly dream car competition.

“I just can’t believe it,” he said, almost shaking in disbelief. “This is crazy!”

Danny, who’s worked for the NHS for seven years, found out he had won the £27,000 Mini when BOTB presenter Christian Williams ambushed him at his flat on the seafront.

“I was working from home and in-between patient calls when the doorbell went,” he explained.

“I went down to the front door to see Christian standing there - I just couldn’t believe it!

“I knew exactly who he was as soon as I saw him, I’ve played BOTB for years and always watch the winners’ videos.”

Danny, who paid just £2 for his ticket to enter the competition, said he played for the Mini JCW because he just loves them.

“I’ve got an old Mini Cooper at the moment so this will make a nice upgrade,” he explained.

“They’re my favourite cars, they look fantastic but are well made too.”
The Mini JCW Danny played for boasts 228bhp with a racy exterior and digital dashboard.

But the surprise wasn’t finished there as Christian opened the boot where £70,000 in cash was waiting for Danny.

“I don’t even know what to say,” Danny said in complete shock. “I forgot about that part of the competition.”

He said he’d put the money towards a house with his girlfriend, Hannah, who is a teacher and has also worked throughout the pandemic.

“It’s a life changing amount of money for us,” he added.

“As well as the house deposit, I’ll definitely be treating Hannah to a nice holiday.

“We’ve both worked throughout the whole of the pandemic and it’s not been easy so I think we deserve some sun! Thank you so much BOTB!”
BOTB hands over the keys to two stunning cars each week as well as a lifestyle prize.

Christian Willians, who surprises the BOTB winners each week, said: “There’s nothing like seeing someone’s face when they realise what’s happening and Danny’s reaction was no different after he saw me standing there.

“He’s played for a fantastic prize and I’m so excited for him. Massive congratulations again Danny!”