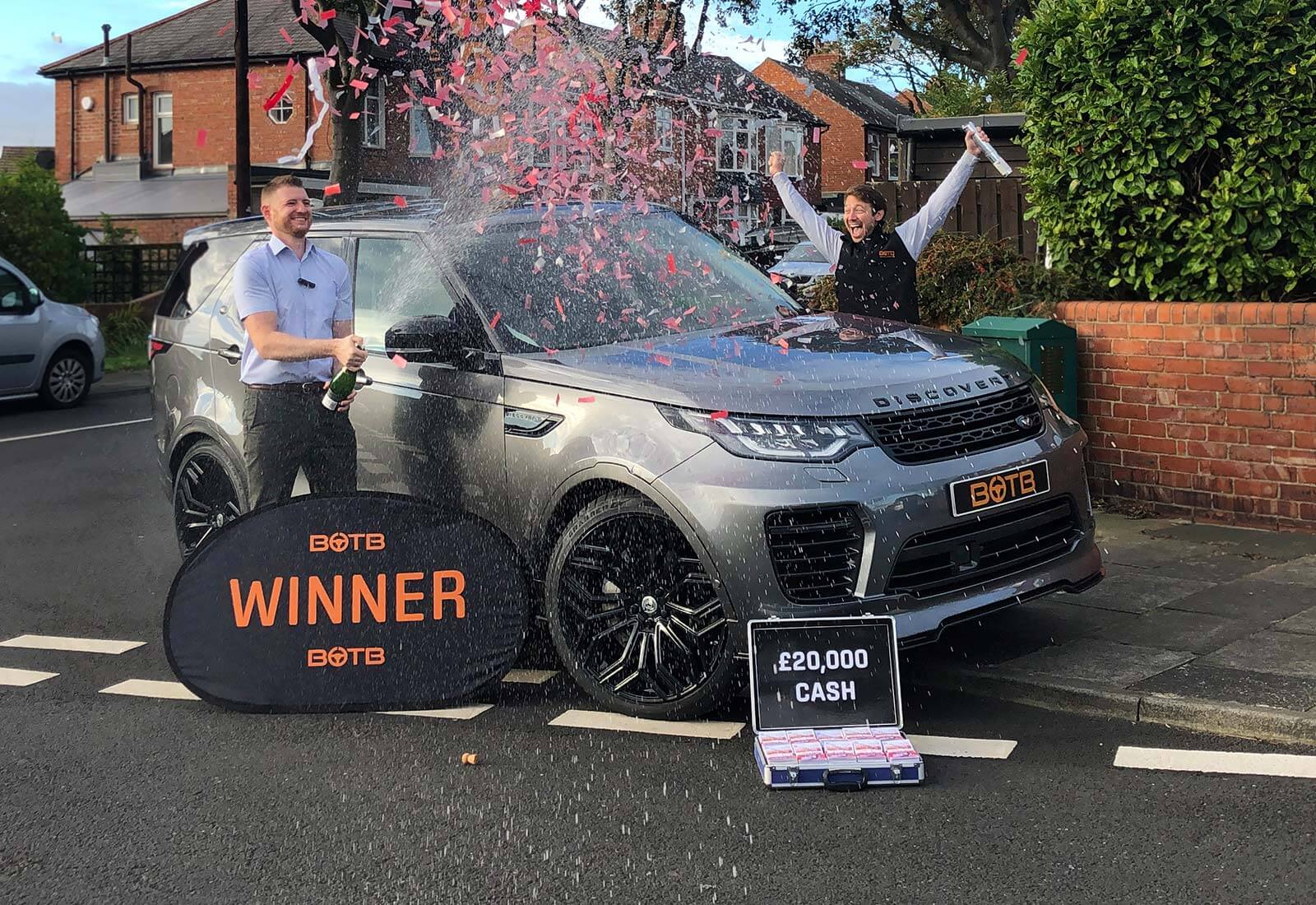 Guy’s Had His Weetabix!

It was a regular morning for Guy Molineux who was at home in Newcastle eating his breakfast, when Christian knocked on his door to give him the surprise of a lifetime! Christian led Guy outside where his family and friends were waiting and revealed that, as Dream Car winner 543, Guy had scooped an Urban Automotive Land Rover Discovery worth almost £80,000!

A shocked Guy exclaimed “I cannot believe this, this is absolutely mental” and went on to explain that he’d played for this mighty 7-seat, 3 litre V6 Discovery with its striking carbon fibre body kit and sexy 22” alloy wheels, as it combines super-sleek styling with enough space for all the family! And Guy’s surprise didn’t end there as Christian went on to reveal £20,000 cash in the boot which Guy is going to put towards a luxury holiday! Massive congrats Guy! 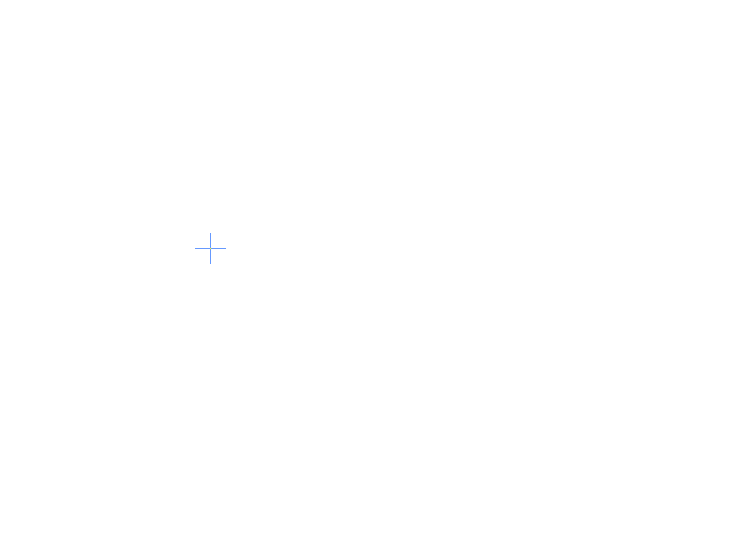 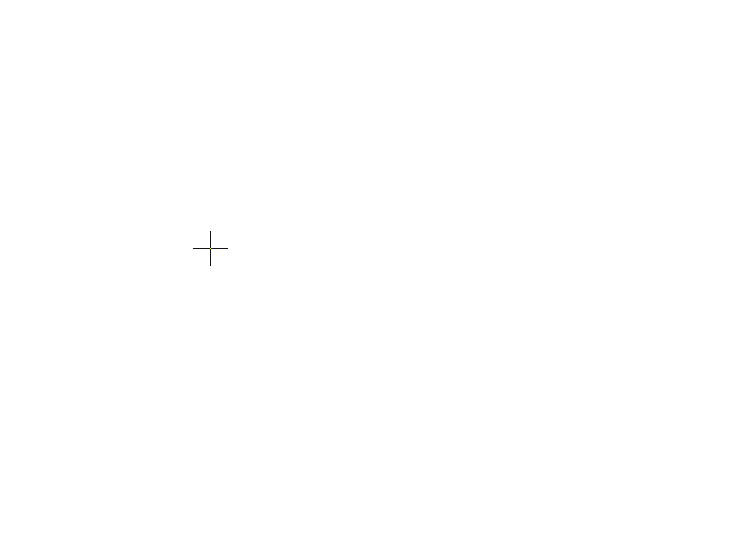 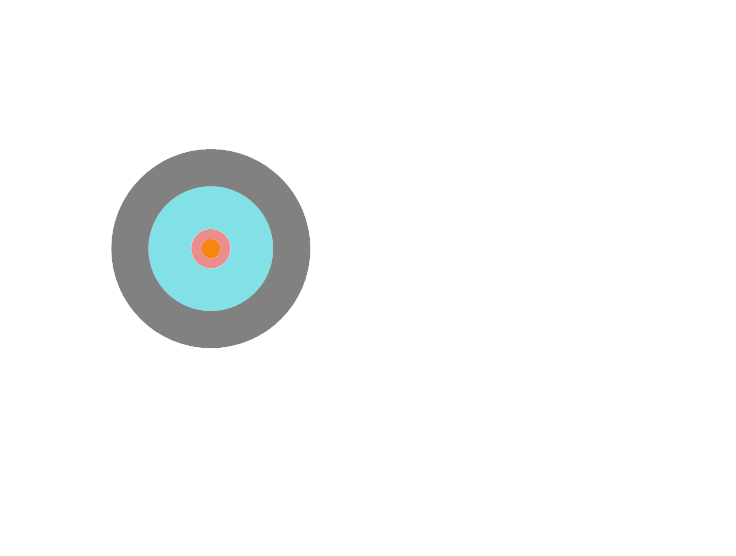 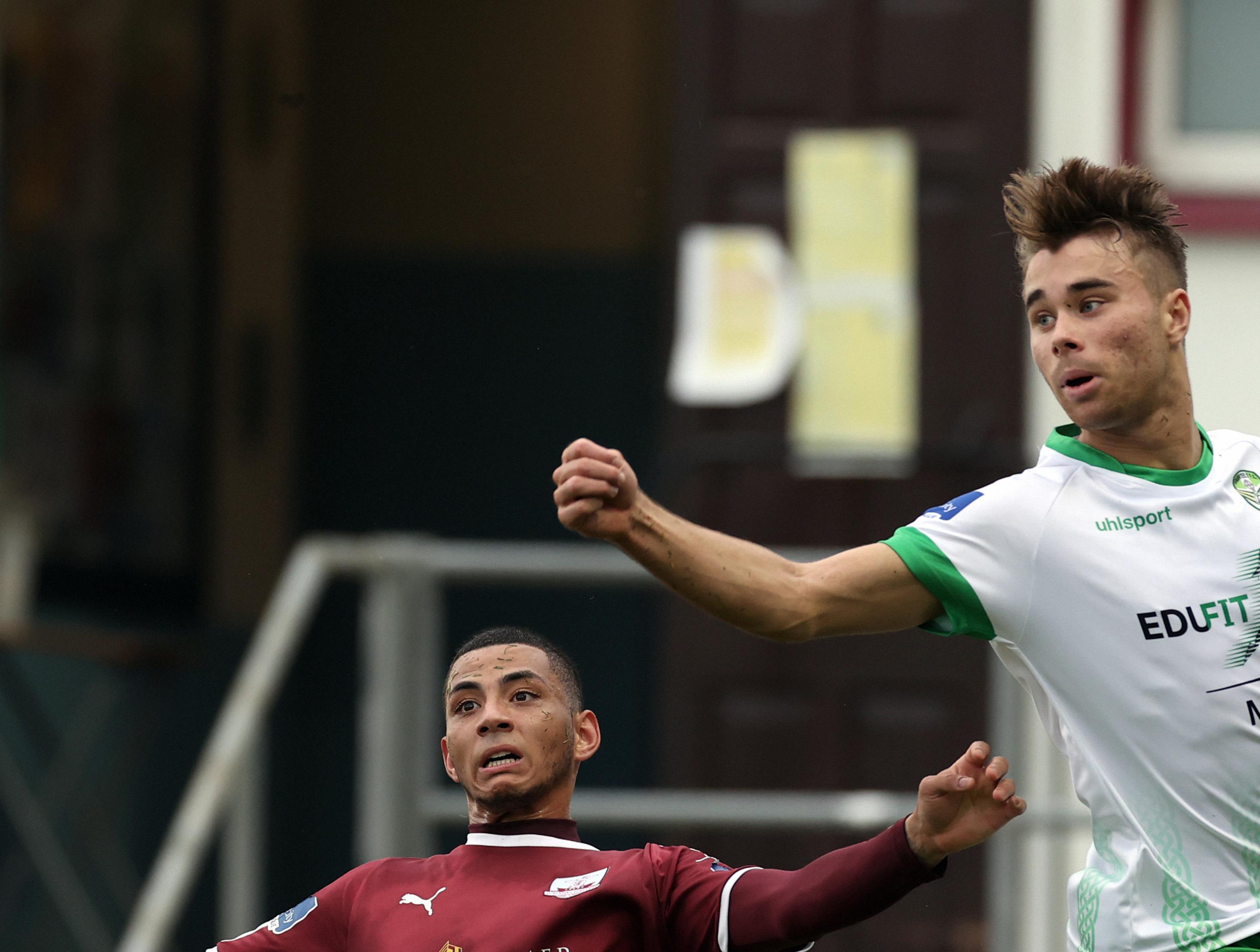 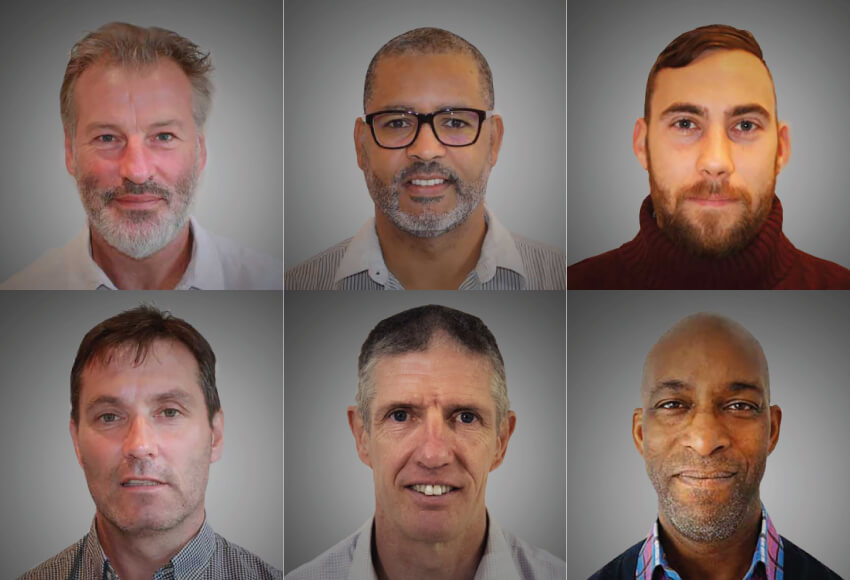 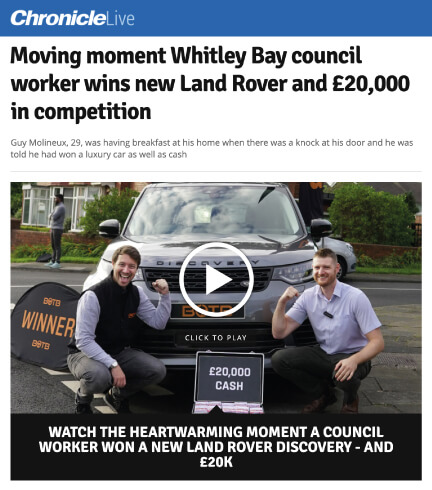 A council worker got the surprise of his life after being told he had won a new Land Rover and £20,000 in cash in a competition.

Guy Molineux, 29, was having his breakfast at home in Whitley Bay, North Tyneside, when BOTB’s Christian Williams turned up to tell him he was this week’s winner of a luxury seven-seater, three-litre SDV6 Urban Discovery, worth £80,000.

"You are kidding me," Guy said, instantly recognising Christian when he opened the door.

"I knew exactly who Christian was - and it seemed the whole house did, too. My son had his phone out recording - I can’t believe they all managed to keep it a secret."

The dad-of-three had been playing BOTB for a few months and was looking to trade in his Mazda CX-5 for something bigger and more luxurious.

"I played for the Land Rover because we’ve been looking for a bigger car for a while,” Guy added. “But never did I think I would win something like this - I honestly can’t believe it."

Guy said he and his wife, Becca, were looking to take their three children on more UK holidays following the Coronavirus pandemic and wanted a nicer car to travel in.

"The thing about the Land Rover is it's big enough for all of us to sit comfortably and get everything in but also it’s luxurious and powerful, too," he added. "I'm just over the moon."

But it wasn't just the new wheels that Guy had bagged in the competition - a briefcase stuffed with £20,000 in cash was also waiting for Guy.
"I am in absolute shock," he said. "That's going to go such a long way for us.
"We've got so much we'd like to do around the house but it will also go towards a holiday, we're looking at going somewhere like Centre Parcs I think."

Christian, who surprises the winners every week, said: "I have the best job in the world surprising lucky BOTB winners with their dream car each week and Guy was no exception. He played for an absolutely fantastic prize and I’m so happy for him.

"It was lovely to see just how excited all of his family and friends were, too, as they all joined us to watch the surprise. Massive congratulations once again."

The video above shows Guy’s shock reaction after he was told he had won.

My experience with BOTB has been fantastic. The whole team has been very supportive and professional throughout, I really couldn’t fault them. I chose to go for the cash alternative and my prize money was processed and in my account within days of winning. I was kept well informed throughout the process – thanks BOTB!