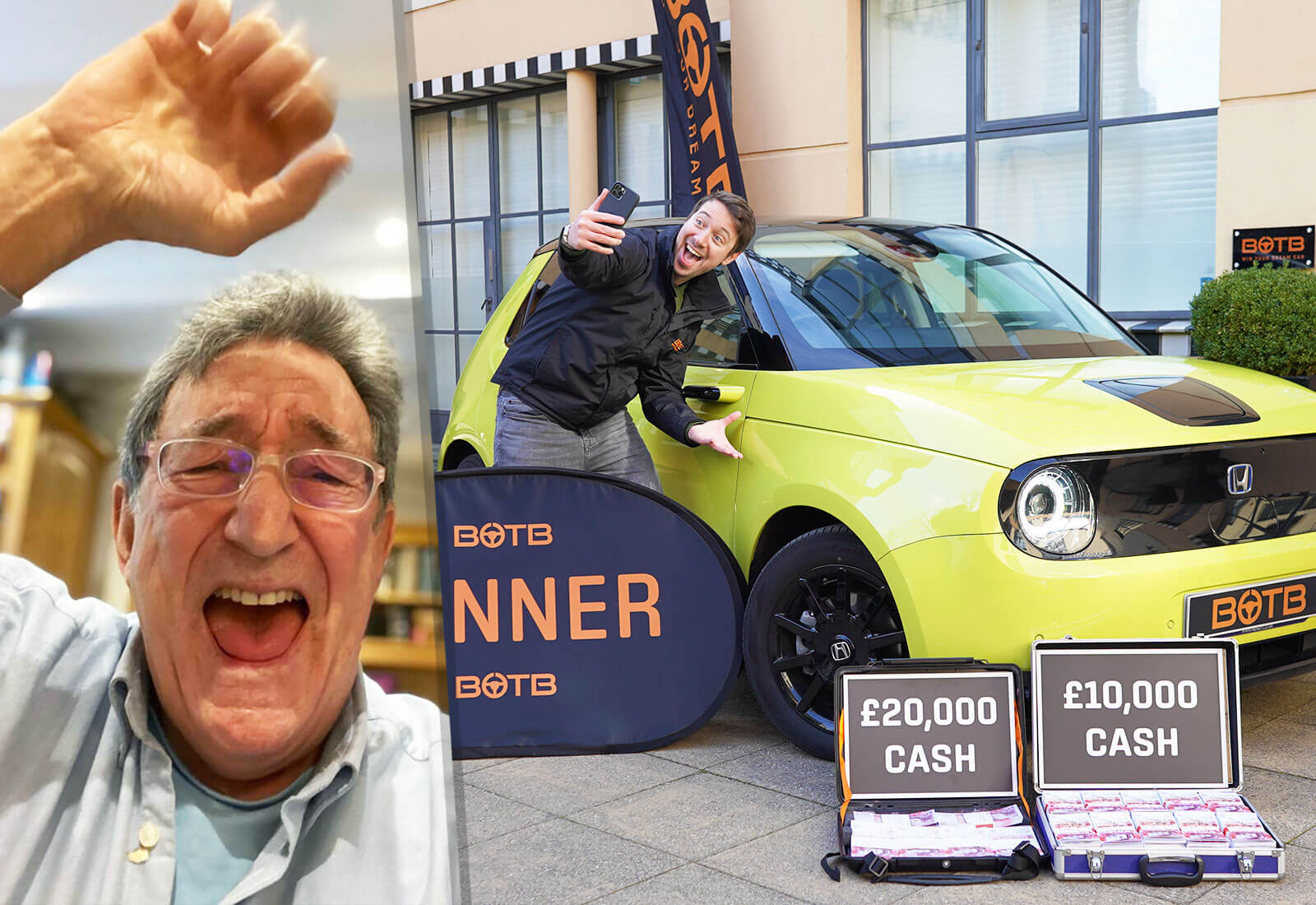 THE BEST NEWS EVER!

Brian Seifert and his wife were at home and expecting a grocery delivery when Christian video-called them to reveal that, as this week's Midweek winner, Brian had scored the funky Honda e Advance worth over £32,000!

A delighted Brian exclaimed that it's "the best news ever" and emphasised that he loves the little EV's "odd but pretty" looks. And as the two live in London, it'll be the perfect small car for cruising around the city as it doesn't incur any congestion charge!

Brian then nearly fell off his chair with joyous laughter when Christian opened the boot to reveal a further £30,000 cash to go alongside the car. What a fantastic surprise and lovely winner – huge congrats! 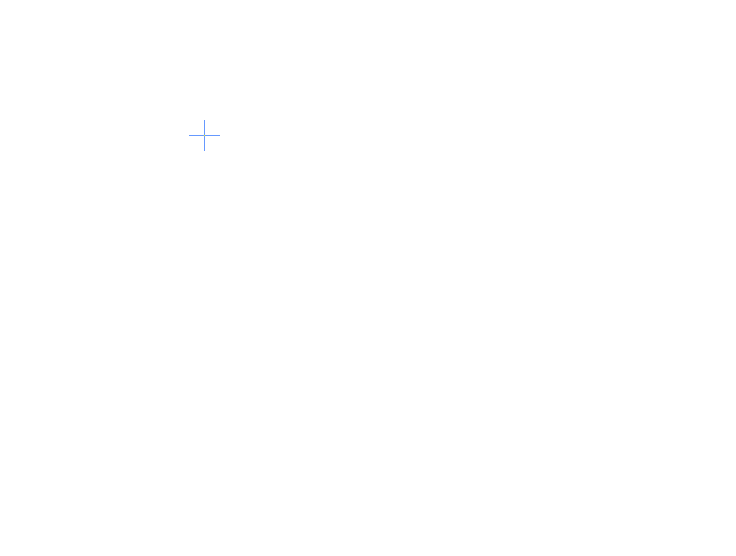 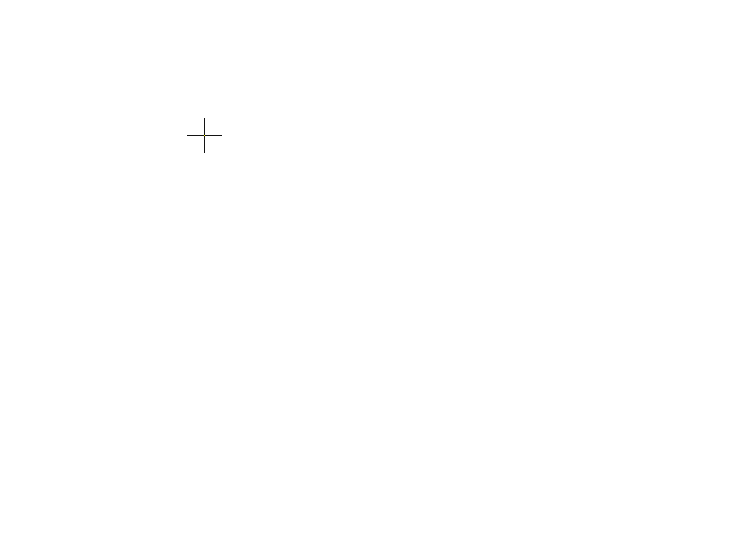 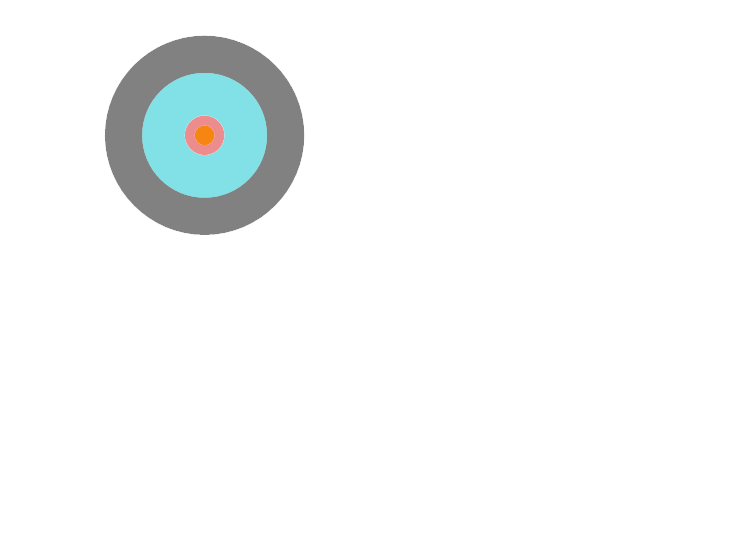 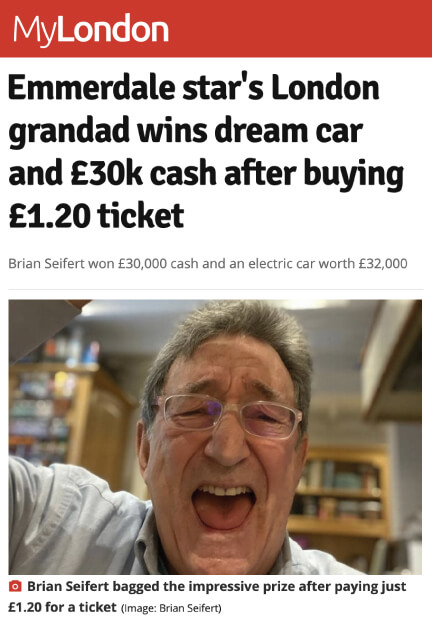 A grandfather was left speechless after winning a dream car plus £30,000 cash in a competition which cost just £1.20 to enter.

Brian Seifert, 76, from St Johns Wood in North-West London won the prize after entering through the online competitions company BOTB.

Brian explained he was at home waiting for a grocery delivery when BOTB presenter Christian Williams video-called to tell him the good news.

“I’ve never won anything before. I’m made up.”

Brian said the money would go towards a holiday to the Caribbean with his wife Sandra once restrictions were lifted and the rest would be split between his family.

He said: “I have a daughter, Victoria, and son, Charles, who I’m sure will get a slice of the money to share with my five grandchildren.

His granddaughter Mimi is none other than Mimi Slinger, who plays Leanna in Emmerdale.

“I can’t believe it,” he added. “I spoke to my local car garage yesterday to ask them to find me an electric car and the next day Christian called me - it’s crazy!

“I played for the Honda e Advance in particular because it’s just so different and unique. You don’t see many of them on the roads!”

To watch Brian's shock reaction and to find out more about BOTB competitions, head over to BOTB.com.