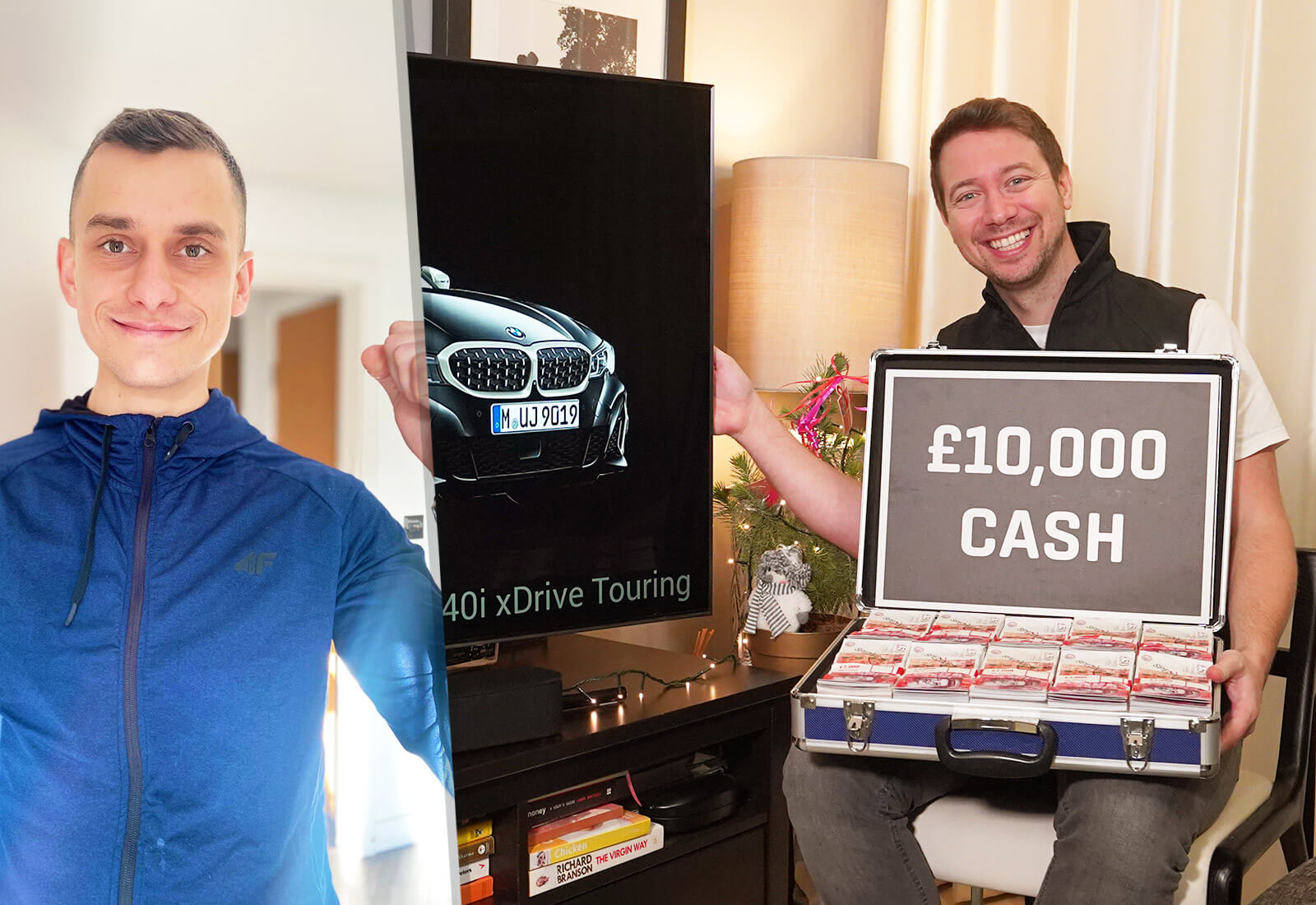 It’s Mieszko Pietraszek’s birthday tomorrow, but he won’t just be celebrating for that one reason – he’s also the final Midweek Car Competition winner of 2020! Mieszko will be seeing in the new year toasting his new BMW M340i xDrive Touring, worth nearly £52,000!

HGV driver Mieszko recently sold his own car to help buy a new house in Leicester, so he’s been getting around in his partner’s Citroen C3. But with a new baby in tow and everything that comes with it, he’s been hankering after something a little bigger… and more powerful! This beauty certainly fits the bill – resident BOTB car nerd Tim Oldland recently described it as “the best car on sale today!”

Mieszko also won £10,000 cash to go with the BMW, so we suspect the champagne will be flowing late into the night… congratulations Mieszko and Happy Birthday! 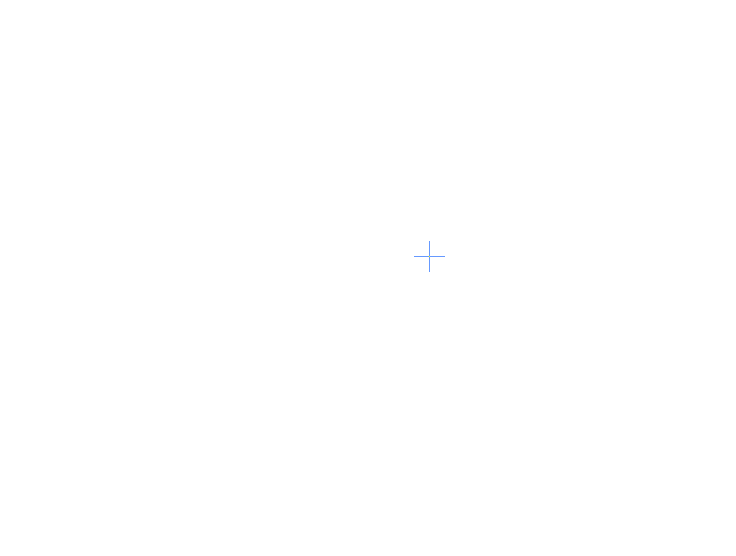 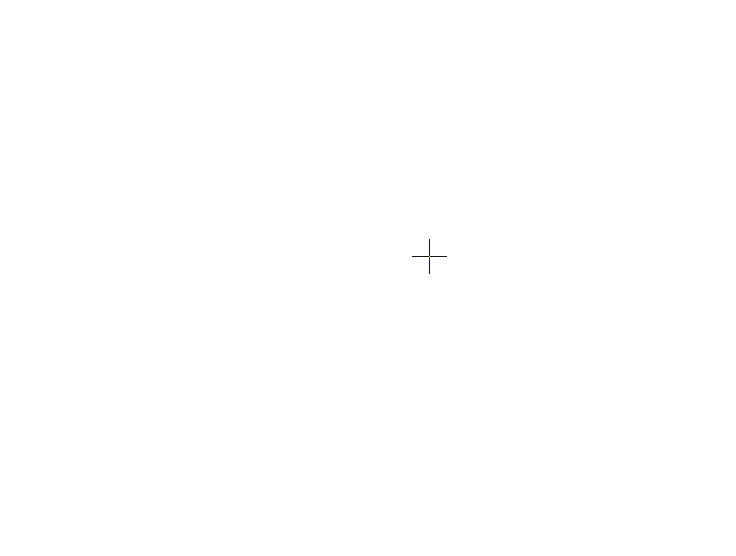 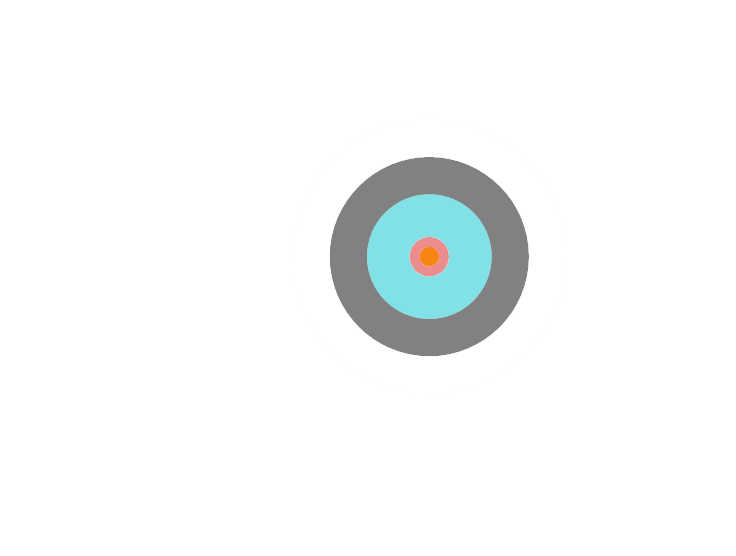 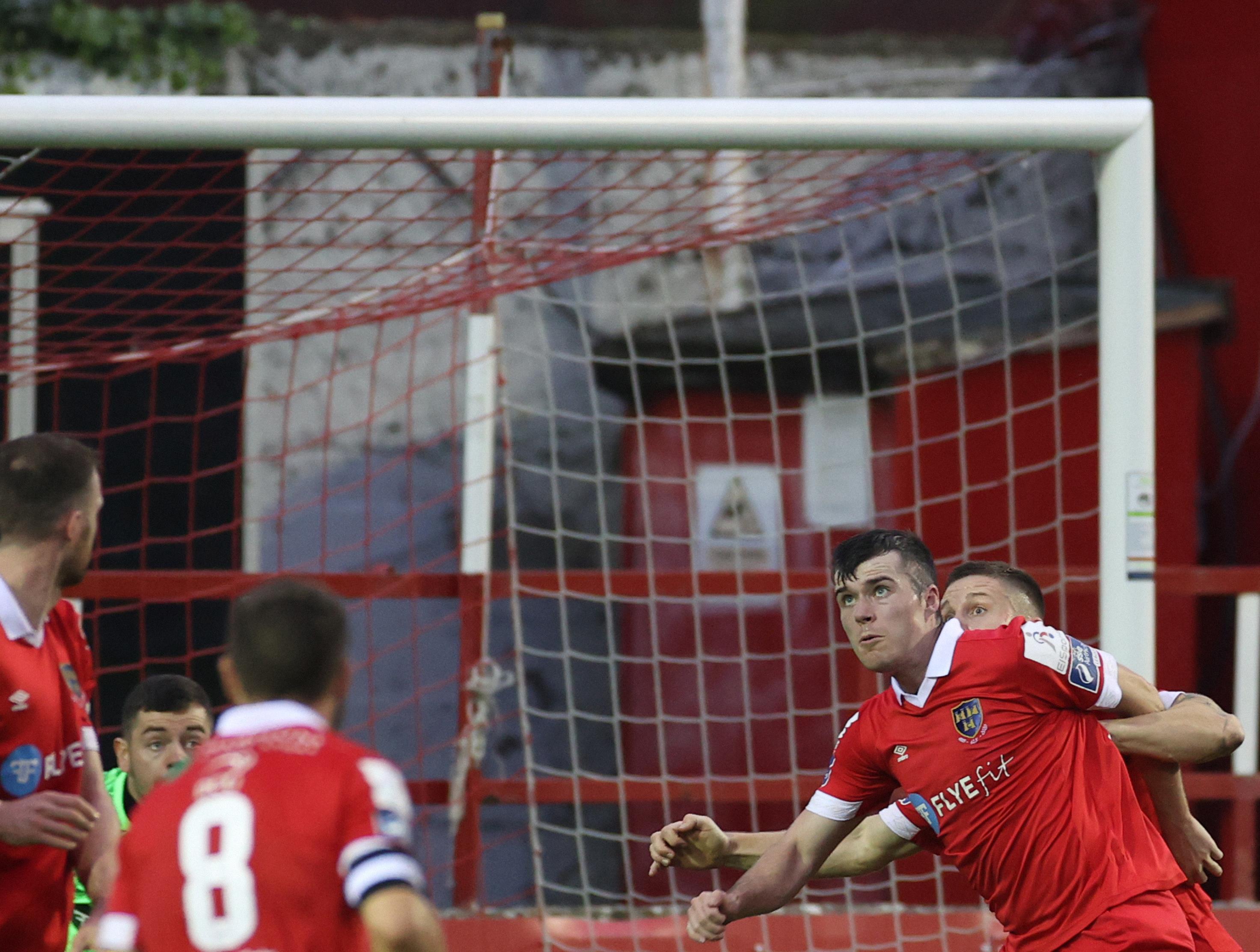 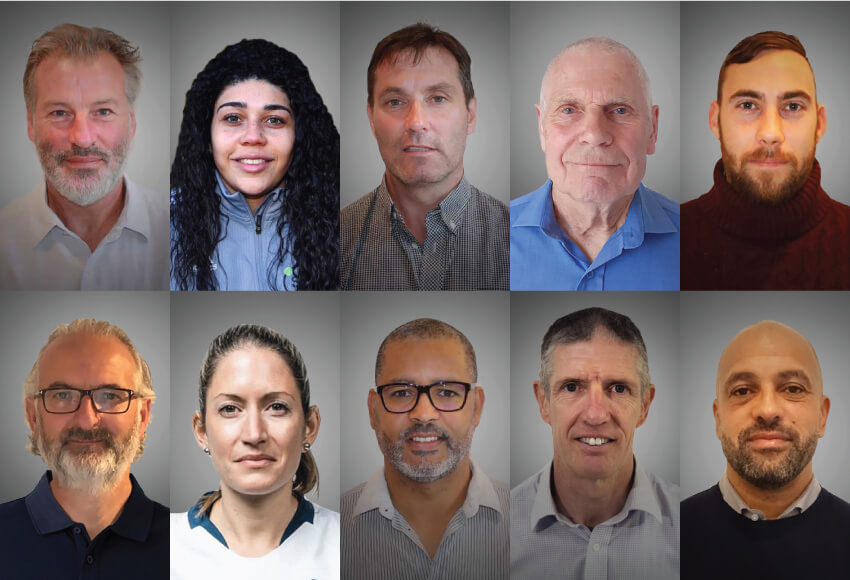 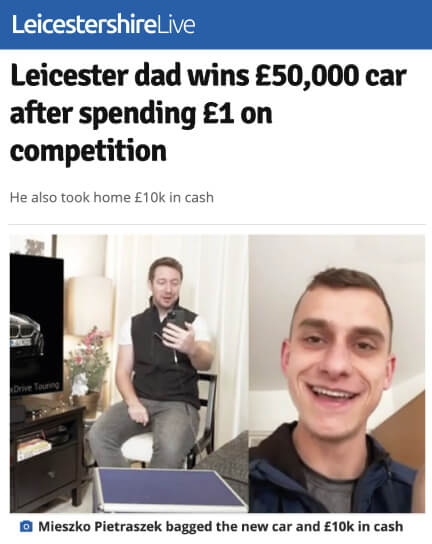 Mieszko Pietraszek won the brand new BMW M340I and the cash in a competition, run by the company BOTB.

Upon being told of his win, he said: "Are you serious? I can't believe it!"

The 28-year-old said he entered the competition to win the bigger car, because of his eight-month-old baby, Mikolaj.

Mieszko, who won the prize on New Year's Eve, which was also a few days before his 29th birthday, said: "We definitely need a bigger car now we've got our little family.

"I used to have an Audi A6 and I loved it, but I had to sell it as we are saving for a house.

"I'm currently using my girlfriend's Citroen C3 and it's really small so the BMW will be much better for us."

Lorry driver Mieszko said the first road trip he will be taking in his new car will be back home.

He said: "The first place I’ll go in the new car is definitely home to Poland.

"What a road trip that would be!

"This is honestly a dream come true."

Christian Williams, from BOTB, who presented Mieszko with the prizes, also opened the boot of the car to show him a briefcase with £10,000 in cash as well.

Mieszko said: "Oh wow, this is the best Christmas and birthday present ever.

"That money is going to go a long way in our house savings - I can't thank you enough."

Christian from BOTB said: "What an amazing few days for Mieszko - Christmas, New Year and his birthday as well as a £60,000 prize!

"He played for an amazing prize and I’m super happy for him.

The company was founded by William Hindmarch in 1999 and has given away more than £37m worth of cars so far.

I have been playing BOTB for few months and I still can’t believe I won. It was such a great experience. They are so easy to deal with. The game on its own is fun to play and you can win amazing prizes as well. Christian and the office team was very friendly. Good luck for everyone!!