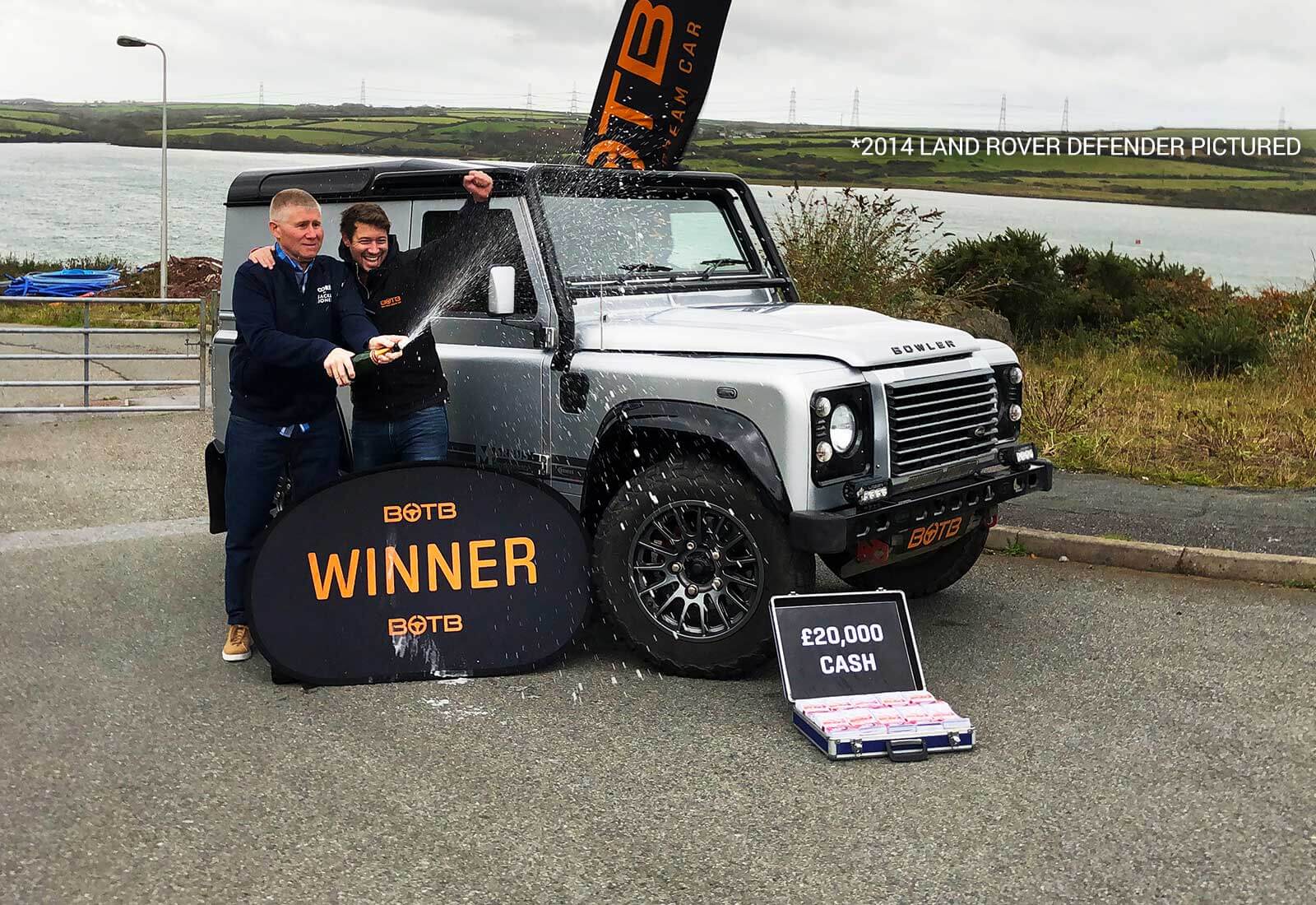 Christian arrived in a very windy Wales this morning to surprise this week’s Dream Car winner, Martin Cross with a Land Rover Defender 110 SE D200 worth almost £53,000! It took a few seconds for Martin to realise who Christian was as he’d been expecting someone to call round for his daughter Amy who was actually in on the surprise! “I was only watching you in one of these videos a few days ago!” he exclaimed and admitted that he never thought this would happen to him!

Martin’s shock continued when Christian revealed the £20,000 cash in the boot as he’d forgotten he’d played for it, but he’s going to use it towards a holiday for Amy and treat his other two children to something special as well! 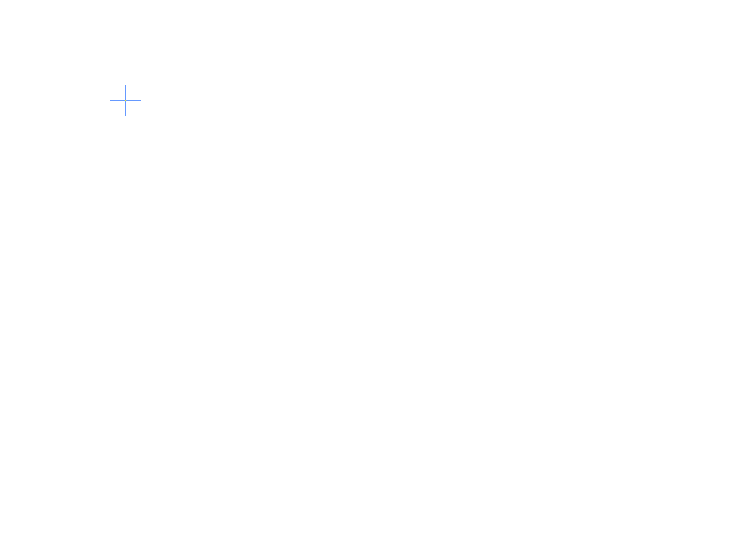 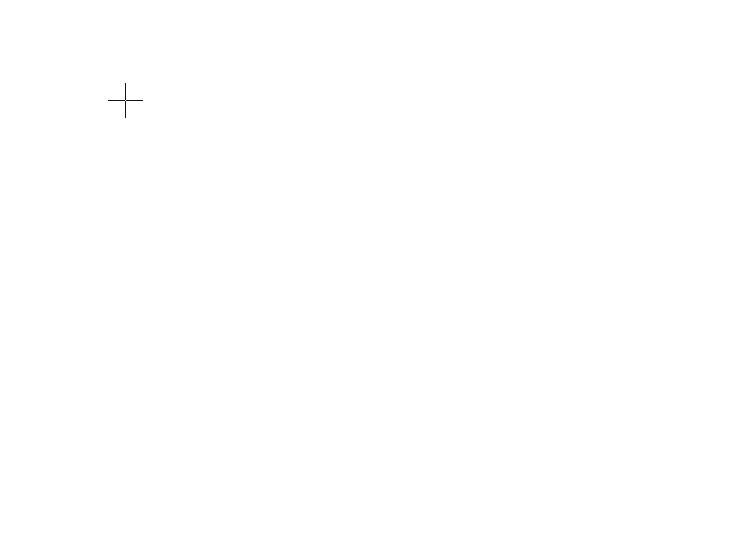 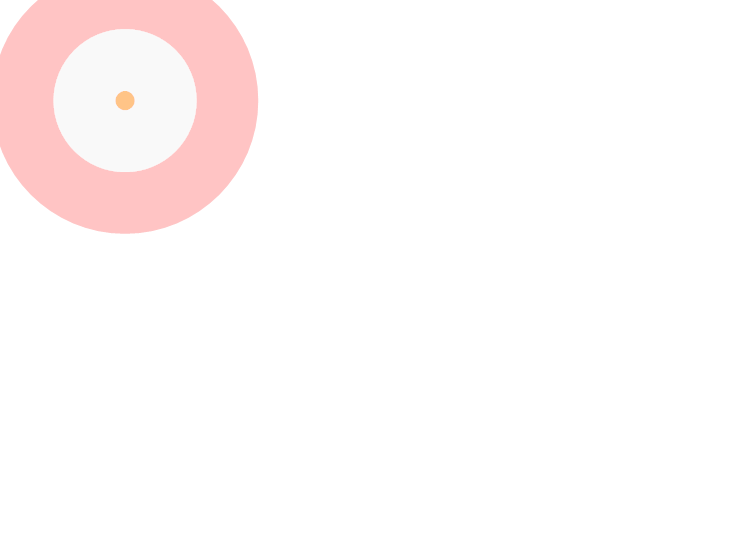 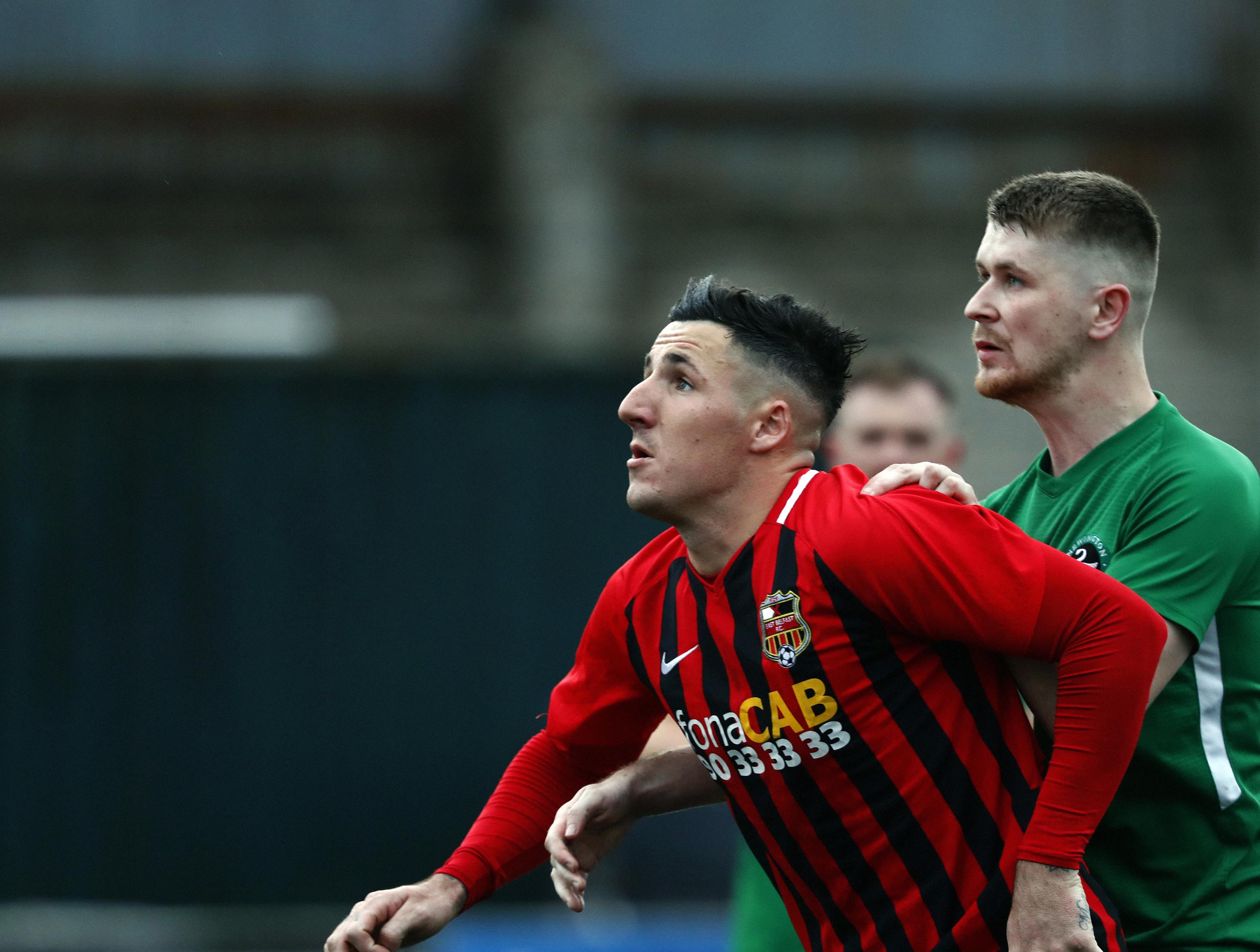 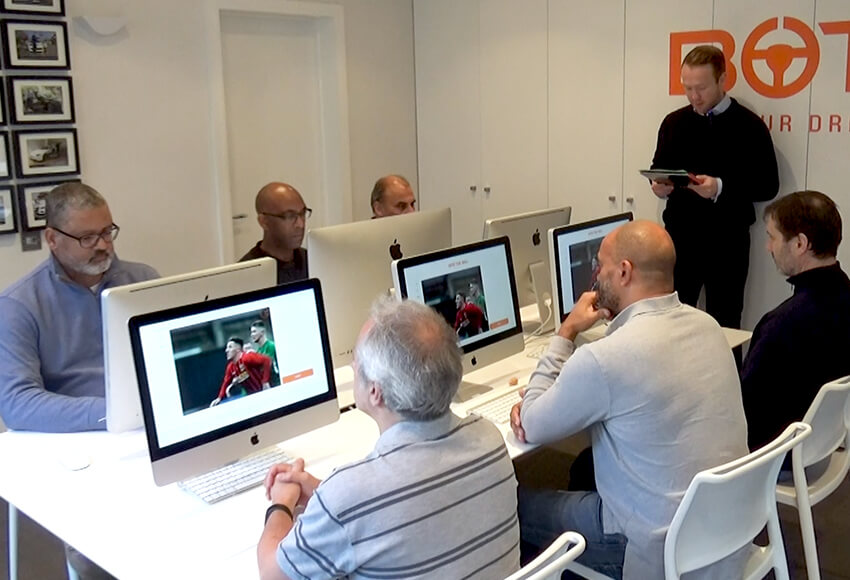 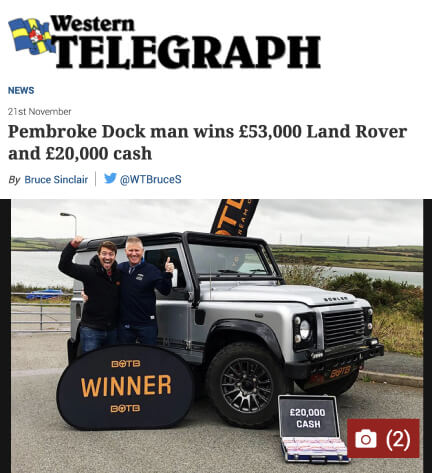 A FORMER lorry driver from Pembroke Dock, has won a brand-new Land Rover Defender, worth £53,000, thanks to dream car competition BOTB.

Martin Cross has visited nearly every inch of the British Isles during his 38-year career behind the wheel in the cab of a lorry - but now he can enjoy his retirement travelling in complete opulence.

“I was on cloud nine when I was surprised with the car,” said Martin. “The new Defender is a lovely looking car. I’ve always wanted a Land Rover, ever since I drove something similar down the road for a friend who was a mechanic. I felt like a million dollars in that motor and have wanted one ever since.”

Martin was surprised with his new car by Christian Williams and the BOTB team close to his house.

“I’m not sure it’s really sunk in yet,” he said. "I have been watching the videos of other winners and just never thought it would happen to me."
Martin and his wife Wendy are and adventurous couple and enjoy going on walks in locations all over the country with their two rescue Rottweilers, Rogue and Storm.

“We aren’t the stay at home type of people, and to have this car will mean we can really enjoy our retirement, travelling in style,” he said.

The couple will trade in their Nissan X-Trail for the Defender, which has only just been released in the UK.

On top of this, thanks to the £20,000 cash win, they can now take their dream trip to the States for a driving holiday.

“I’ll give a bit of the money to my three children and grandchildren, but we may well be able to take that trip now. I can imagine taking in Route 66 in something like an open-top Chevrolet,” said Martin.

“That would be something special.”

Christian, who surprises winners weekly all over the world was delighted to present Martin with his car.

“I love that after all the miles that Martin has driven over the years in his lorry, he’ll now be able to take to the roads in what is an outstanding car,” said Christian.

I won the new Land Rover Defender, but in the end decided to take the cash alternative. My wife and I have recently bought a small motorhome for retirement so we’ll be using the money to cover trips around Europe for the next few years! Thanks to everyone at BOTB who treated me with professionalism and wished me many congratulations.