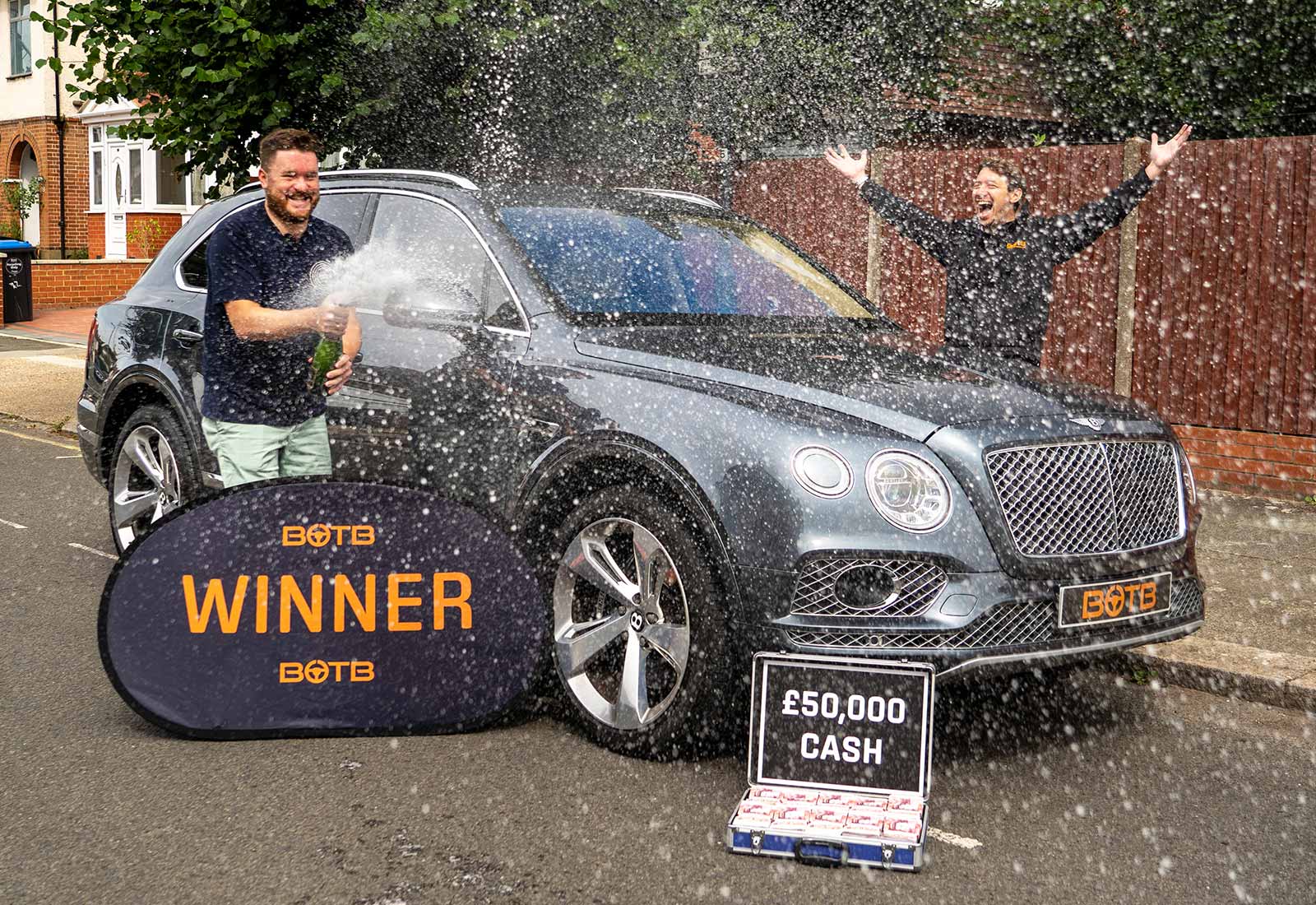 Congratulations to trainee accountant, Richard Sharples, who has scooped a £140,000 Bentley Bentayga V8!

Richard was mid-meeting when his boss opened the door to Christian and told Richard there was someone important outside to see him! Richard went into total shock when he saw Christian and confessed he was “struggling to stand!”

And what a vehicle Richard has won! This luxury SUV goes from 0-62mph in 4.5 seconds despite its size, and the 4.0 litre V8 petrol engine produces 542bhp and 770Nm of torque… quite an upgrade from the old Volvo he currently drives!

But the surprise didn’t end there as Christian went on to reveal that Richard had also scooped £50,000 in cash – making his total prize worth a staggering £190,000!

Richard will be using the cash to help towards buying a house and has decided to take the car for its first spin to his mate Oli’s house who also plays BOTB! Massive congrats Richard! 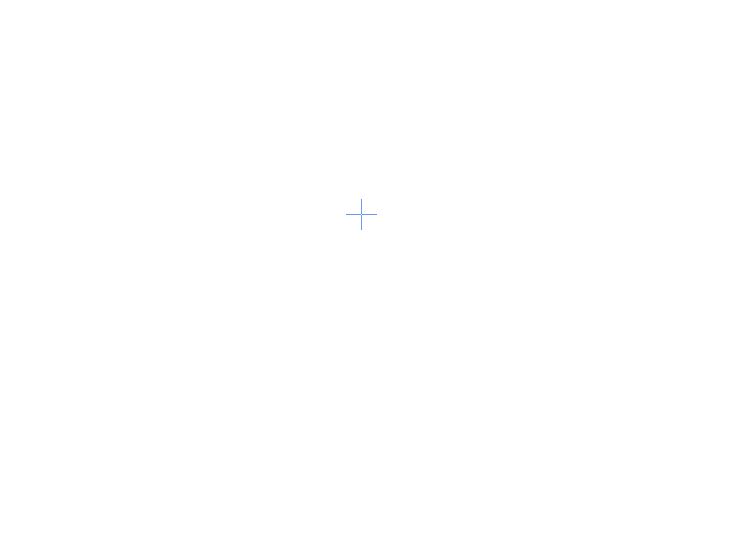 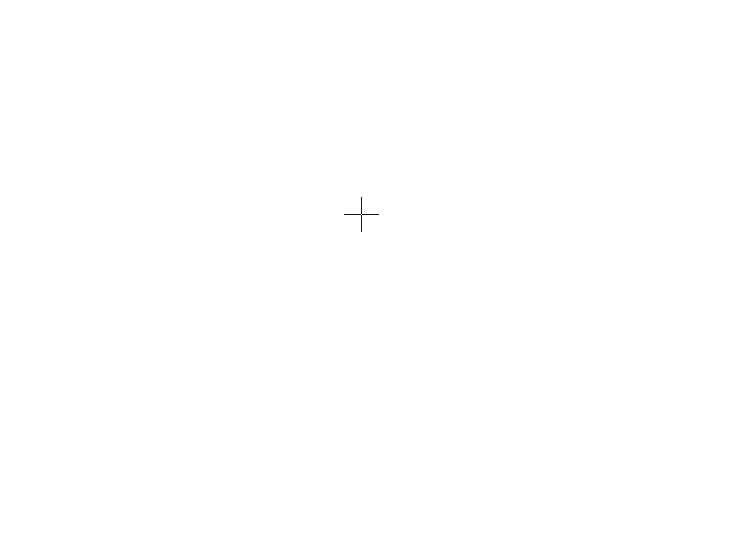 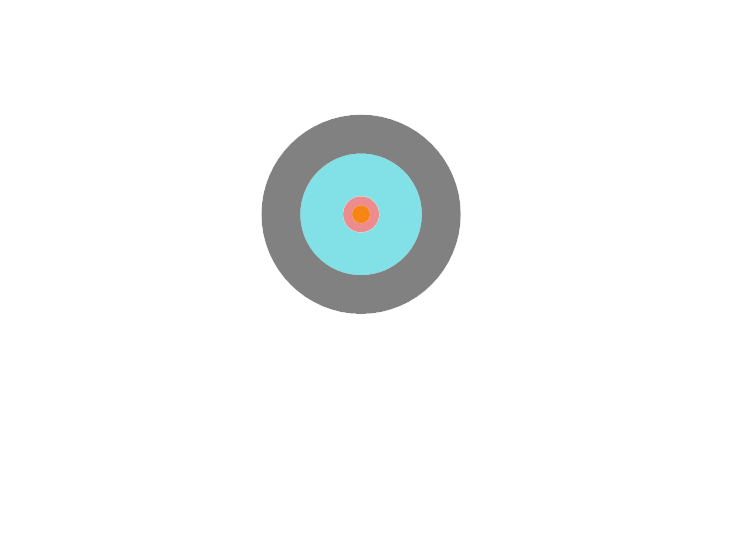 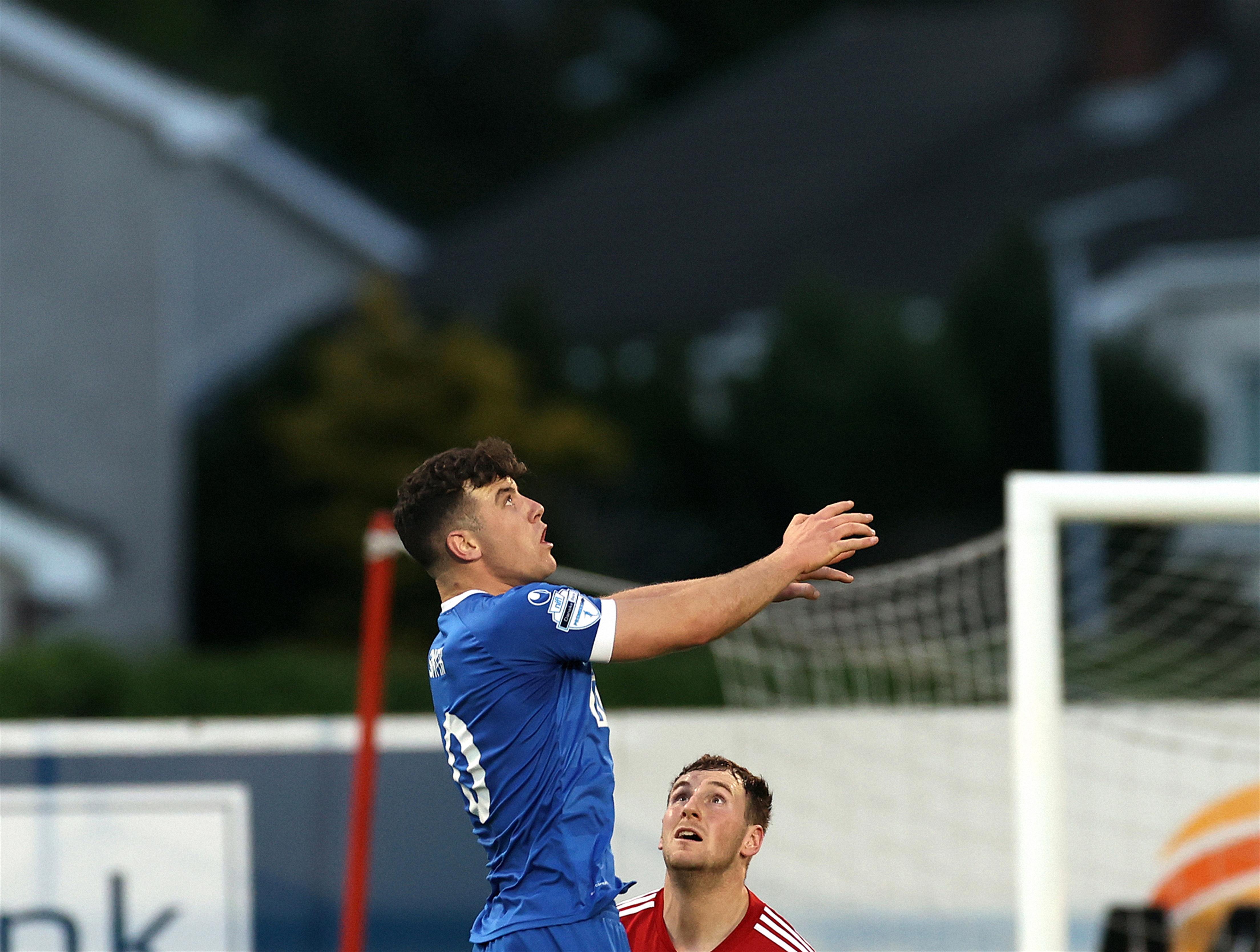 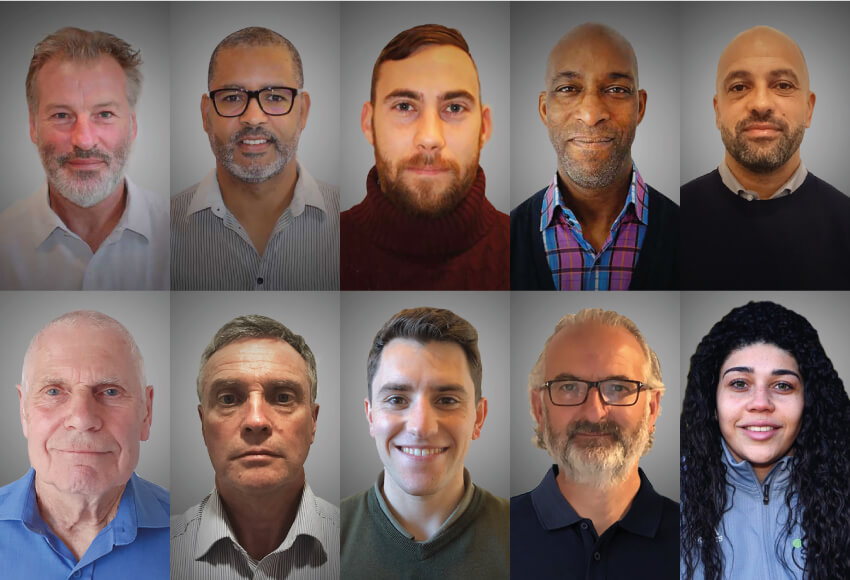 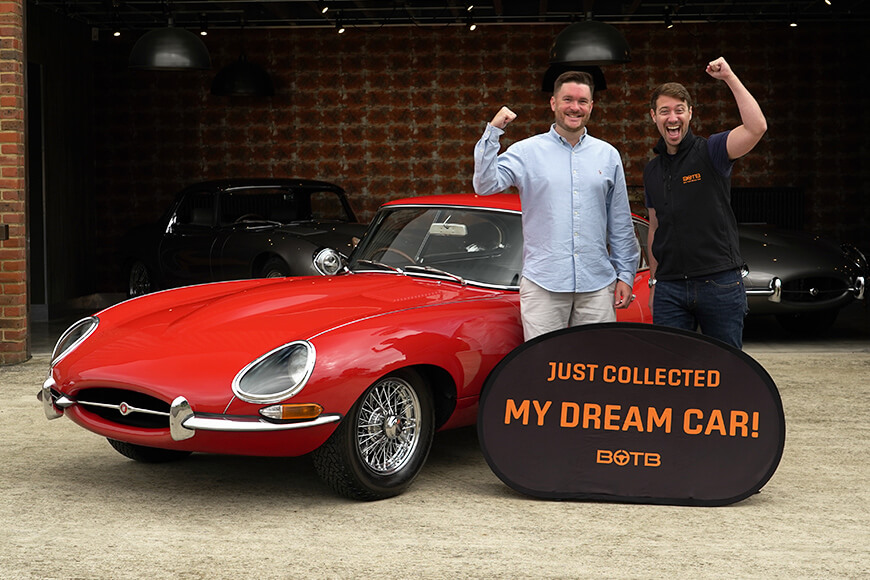 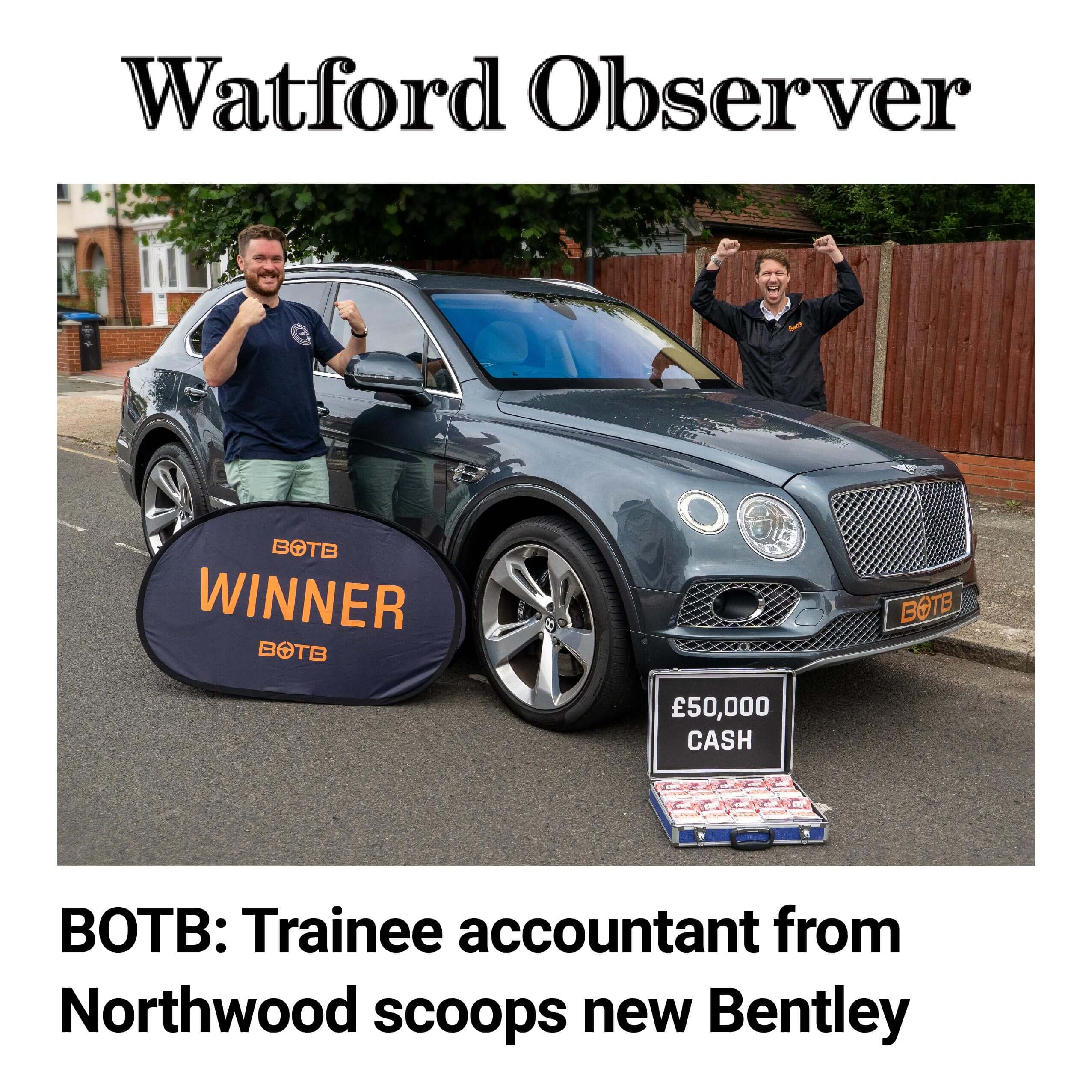 A trainee accountant has scooped a £190,000 prize, including a brand-new Bentley in the online competition BOTB.

Speechless Richard Sharples from Northwood had no idea what to say when BOTB’s Christian Williams turned up to tell him he was last week’s Dream Car Competition winner and the new owner of a Bentley Bentayga V8 which came with £50,000 stuffed in the boot.

Holding back the tears, the 28-year-old said he couldn’t believe it after playing BOTB every week for the past six months.

“I usually play for the same car each week, a Jaguar E-Type, but this week I decided to mix it up and have a go on something else and went for the Bentley,” he said

“I never expected Christian to turn up at my house in it.”

Richard said: “It’s definitely an upgrade from my Volvo.

“I can’t believe it’s mine, this is literally a dream come true!”

The keen sports fan added that he would use the £50,000 cash prize towards a house deposit.

“This money will go such a long way,” he said.

“I’ve been saving to get my own place for a while now. Thank you so much BOTB.”

BOTB hands over the keys to two cars each week as well as a lifestyle prize.

Christian, who surprises the BOTB winners each week, said: “Richard was definitely one of our more emotional winners - I could tell just how much this win meant to him.

“He played for an amazing prize and I’m super excited for him to get behind the wheel of the car and also start house hunting. Huge congratulations again.”